Controversial, yet cherished, talented but strange – an artist like Lady Gaga is hard to come by. Her fans worship her, the media obsess over her and the world is in awe of her.

With her bags of talent, Gaga knows exactly how to get the people talking and how to get her Little Monsters bouncing off the walls with her music, outfits and performances. With over 300 awards won, a net worth of $320 million and over 25 million albums sold worldwide, she truly is the epitome of thriving success.

But what makes this celebrity so great and why does the world obsess over her? Here are 21 reasons why people love Lady Gaga…

1. She is an Incredible Singer

Eccentric outfits aside, Gaga has an incredible voice. Her singing talent sometimes goes unnoticed as everyone’s too busy watching her dance or judging what she’s wearing. We think it’s about time people started appreciating her phenomenal voice more.

2. She is a Theatrical Performer

There’s never a dull moment when Gaga’s on stage. Gaga loves getting theatrical, dramatic and creative when it’s her turn in the limelight. Mother Monster can pull off an awesome live performance as though she’s on Broadway.

3. She is Passionate About Politics

She’s not all about pop music, you know. Gaga is known for her political activism. Her voice was heard in 2009 when she created a seven-minute video encouraging her fans to help support her urge to end the military rule that bans gay people from serving armed forces.

4. She Can Play the Piano

As stated in our list of facts about Gaga, this superstar has been playing the piano since the age of four. She was clearly born to play music. Gaga is so naturally gifted in playing the instrument that she can sometimes have a weird approach to it. And we love that.

5. She Genuinely Cares for her Fans

Mother Monster always makes sure to show love for her Little Monsters. Not only has this Lady spent $1000 on pizza for her fans waiting to get a signed autograph, but she’s even brought them up on stage with her. This intimate and emotional moment at her Born This Way Tour in Rio proves just how passionate the singer is about her fandom.

6. She’s Not Afraid to be Controversial

Gaga causes controversy with her outrageous outfits, but she has also raised eyebrows with her shocking stage performances and music videos. From actually being vomited on during her SXSW show, to mocking the Catholic church in her Judas clip, it’s clear that this “problematic” star doesn’t give a damn about dropping jaws and causing a stir in showbiz.

7. She Hires her Fans

Believe it or not, Gaga actually hires her fans. The Chromatica popstar liked Helen Green’s art work so much that she hired her to work on her Haus of Gaga creative team. That’s not something that happens everyday, right?

8. She is Open About Sexuality

Yet another reason to love Gaga? The megastar is not afraid to admit that she is bisexual. She’s an open-book and there’s no hiding stuff, even when it comes to her private life. Gaga even admitted that her song, Poker Face is in fact about her sexuality. “I love men, I love women…”, she told Heat magazine as per Inquisitr.

9. She Goes Public with her Relationships

Unlike plenty of celebs, the ARTPOP singer has been open about her multiple relationships since being in the limelight. Gaga’s dating history includes being engaged to actor/model Taylor Kinney, and dating the likes of Christian Carino and currently, Michael Polansky. See, ladies, you can be as outrageous and strange as you want, Gaga shows that you can still nab a boyfriend!

10. She Writes Her Own Music

Here’s another reason why we love Gaga – she’s got the upper hand when it comes to creating her songs. Despite the fact that she’s written songs for TLC, Britney Spears and Cher, believe it or not, Gaga has played a major writing role in all of her tracks.

Lady Gaga is jam-packed with talent. Despite putting on impressive theatrical performances on stage and in her music videos, the pop sensation is also an actress – a Hollywood one at that. She was the lead role in A Star is Born, where she was nominated for Best Actress (Oscars), and also starred in the television series, American Horror Story, which earned her a Golden Globe for Best Actress. We won’t be surprised if she’s eventually rewarded with a star on the Walk of Fame. Gaga is the queen for dramatics.

Gaga may have hopped onto the music scene singing pop music, but over the years, she has experimented with different music genres – and they all suit her! From pop, to dance, to country and back to pop again, Gaga has excelled in almost every genre in music. No surprise then, that she’s one of the best-selling female artists of all time.

Gaga is regularly outspoken about her support for LGBT people. She has even slammed the Russian government regarding the country’s anti-LGBT propaganda law.

14. She Launched the ‘Born This Way’ Foundation

Gaga has some pretty darn strong beliefs and she gets one of them across via her Born This Way Foundation which supports and inspires youths against issues such as bullying and abandonment. Not every star goes out of their way to launch a foundation and support their fans, so doing this was something pretty special.

Gaga takes a liking to fancy dress. Whenever she has the chance, the singer is ready to shock with her controversial and eye-catching outfits. I mean, no one can ever forget her iconic meat dress, or her Kermit coat, right?

She earns the big bucks and she knows how to spend it wisely. Gaga spreads her love by helping those in need. She went out of her way to arrange the “One World: Together At Home” star-studded charity event for the COVID-19 Solidarity Response Fund and in earlier years, she even donated $1 million to Hurricane Sandy Relief. Yet another reason why she’s so popular.

17. She Likes to Look Natural, Too

Yes, Gaga’s usual outfits on the red carpet or in her music videos are most often eye-openers, but believe it or not, the Joanne singer sometimes tones down her look. Despite having a phenomenal makeup brand (Haus Labs), Gaga regularly posts selfies with no makeup and messy hair, letting us know that it’s okay to look ‘normal’.

18. Her Lyrics Are Meaningful

As we already pointed out, Gaga writes her own songs, so it doesn’t come as a surprise that her lyrics are meaningful and influential. Take for example, “Nothin’ wrong with being just a little bit vain / We need a little pretty, ’cause this country’s insane / So go ahead and label me whatever you like / But nothing’s quite as sexy as a woman is fine.”

If there’s one way Gaga likes to express her extravagant personality, it’s through her shoes. Large stilettos and odd shapes, Gaga’s shoes are peculiar, one-of-a-kind and extraordinary – pretty much like Gaga, herself!

20. She Experiments With her Hair

Since her rise to fame in 2008, we’ve lost count of how many hairstyles Lady Gaga has donned. From wigs, to wild colors, Gaga’s hair definitely has a life of its own – and we love that.

Watching a Gaga music video is like watching a short-movie. Her video-clips raise eyebrows, they inspire and they blow you away. Unlike many musicians, she always makes sure to release a fun and thrilling visual. There isn’t a Gaga video out there that’ll bore you, we promise.

Lady Gaga has dominated the music industry and there’s no surprise why. Mother Monster is truly the most exceptionally talented and strangest singer out there – and people love her for that. While her talent and controversy has defined her, it’s also safe to say that the star does a lot more than that, whether it’s caring for her fans or supporting a community.

What other reasons are there to love Lady Gaga? Let us know in the comments below…

Obsessed with Mother Monster or know someone else who is? Get your hands on some Lady Gaga merchandise! 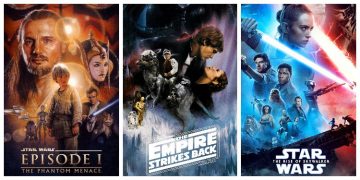