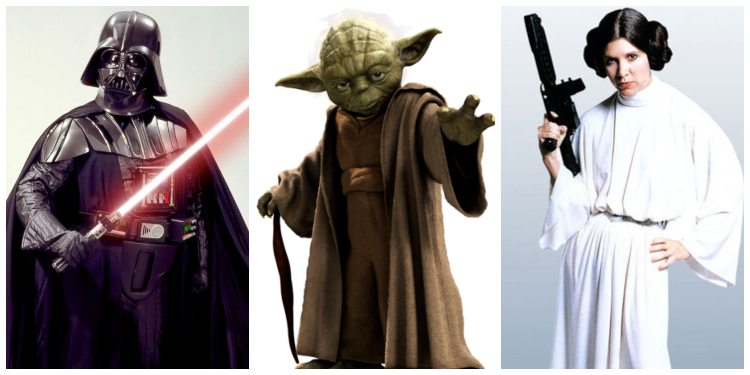 Got a cosplay party coming up? Wondering how to dress up for the long-awaited spooky season of Halloween?

We all know you don’t have to be scary on October 31st, as long as you look cool. And what better way to ace the cool-factor than to pick a costume from the coolest movie series ever made? In that category, Star Wars has a lot to offer.

We’ve come up with a list of Star Wars costumes that should give you enough fancy dress options for the big day. (And for the next twenty years).

Let’s be real, every young boy has dreamed of being Luke Skywalker. If you don’t want to miss an opportunity of being center of attention next Halloween, this simple but iconic Jedi outfit is perfect for you. Is there an evil empire that needs to be toppled? With this badass costume, you’ll be here to save the day!

If you really want everyone’s jaws to drop when you walk into the room, this classic Princess Leia costume is everything you need and more. Although your planet and family were destroyed, you’re still ready to kick some ass and bring peace to the galaxy – something all of your friends will admire you for.

Ever dreamed of becoming a space pilot? This Han Solo costume will have you believe that your Millennium Falcon is parked outside – for at least one night! Complete with the trademark black vest and the denim pants, this is the sort of outfit that will have to be immortalized by a dozen photos, so you can tell your future grandkids that you were once the coolest person in the room.

As movie baddies go, Darth Vader is an elite choice. If you want to frighten kids and maybe even some adults, this iconic Star Wars Halloween costume will make your dream come true. Just start rehearsing his raspy voice as well as his profound hatred for literally everybody, and you’ll be good to go.

Fortunately for the tall people among us, this Halloween costume makes it possible for them to dress as Luke’s wise and tiny green teacher without having to walk on their knees. Complete with a mask that looks like it’s staring right into people’s soul, you’ll be the most knowledgeable and inspiring person at the party. You might also start speaking backwards.

If one of your friends comes dressed as Han Solo, why not make the evening unforgettable by dressing as his iconic sidekick Chewbacca? It’s not every day you can turn into an alien species while still looking adorable, so get yourself this fluffy costume made of faux fur before stocks run out! Just get ready for some unwanted strokes. Like a lot.

It’s likely you’re not small enough to be a perfect replica of the adorable robot, but this Star Wars costume will look awesome on any girl who don’t want to bother with makeup and accessories this Halloween. Just put this simple yet stylish R2-D2 dress on and never take it off!

Though they are tiny, they are fierce. Ewoks may be the cutest thing in the Star Wars movies, but they do have cannibalistic tendencies. Therefore we can safely say that wearing this mask will make you both adorable and terrifying. The best of both worlds, no?

As robots go, Star Wars offers you a wide range of choices and C-3P0 is one way you can impress everyone without having to shatter the piggy bank. This unisex costume which comes in almost all major sizes looks like it’s literally made of bronze and will also have you looking like the most snobbish and lovable robot that ever was.

Tired of the daily routine and want to be heroic just for a few hours? This Rey outfit comes in all major sizes and will undoubtedly make you feel both courageous and badass this Halloween. Whether you’re ready to topple fascist empires or just have a night out with your besties, this costume is the way to go.

CHECK OUT:
15 Coolest Celebrities to Dress-Up As

Bad guys make the best costumes! Want to know how intimidating you’d feel in Kylo Ren’s trademark dark robe and terrifying mask? Then this Halloween costume is for you. Just don’t let it get to your head and create a tyrannical government while you’re at it – this is Halloween, not method acting.

If you want to look hot for Halloween while still honoring the nerd in you, this costume is a must-have. Although it doesn’t represent the best moment in Leia’s life, this iconic gold bikini, as well as the choker and arm bands, will make everyone stare at you and forget they’ve ever learned to speak.

Nothing says Halloween quite like a classic Stormtrooper costume. With its iconic white mask that won’t betray a single one of your emotions, its comfortable suit and its attached armor, you can be sure nobody will mess with you on that night (or on any other). Ideal for any fun cosplay idea, too!

If you want to feel like a literal queen this Halloween, this glorious red dress and mesmerizing headpiece will make everyone’s jaws drop before they even have time to say hello. Ask one of your friends or significant other to dress as a young Anakin Skywalker and you can be sure you’ll be the center of discussions for years to come.

“Bounty hunter” might not be on your resume (at least we hope not), but there’s nothing wrong with turning into one for just a few hours! The great bounty hunter Boba Fett is one of the most amazing and mysterious characters in the Star Wars universe, but that’s precisely what makes him such a good costume idea. Put this on and you’ll be the most intriguing person at the party.

If you’re eager to take over the galaxy and destroy all Jedi knights this year, you can’t go wrong with this stunning Darth Maul costume, complete with a horrifying red mask, an intimidating dark Sith tunic and its belt. Just make sure none of your friends dress as Obi-Wan Kenobi, or a duel might ensue!

This cute BB-8 inflatable costume is perfect for any adult who wants to be the most adorable grown person in the room. It’s as authentic as any Star Wars costume, although probably not as hard to knock. The plus side is that no one will come and pet you like they would for Chewbacca, yet you’ll still get to make everyone swoon. So what are you waiting for?

This Obi-Wan Kenobi costume is everything you need to have all eyes on you this October. His iconic brown and white cloak, with its emblematic belt and Jedi hood, will make you feel like you’re on your way to train the next great Jedi knight even if you’re merely about to go stuff yourselves with candies. Ah, the power of cosplay!

If you really want to stand out as a Star Wars fan, going for the more underrated characters is one way of leaving your mark this Halloween. The scavenging Jawas might be noisy and a little bit creepy, their long brown robes, frightening red eyes and peculiar language are perfect to confuse absolutely everybody around you. And what’s Halloween without a little confusion?

Not all baddies need to be charismatic. Sometimes, they’re just Jabba the Hutt – disgusting, terrifying, and yet strangely fascinating. And what better way to embody the spirit of Halloween than to be all these things at once? If that’s your idea of a good time, and it should be, then this inflatable costume should be yours.

Wearing this X-Wing pilot costume will make people hail you as a hero wherever you go. Although you might not be able to actually land a plane in the parking lot, we’re pretty sure this awesome orange outfit and its epic helmet will be enough to remind your crew that if a demonic empire took hold of the world tomorrow morning, you’d absolutely be part of the Resistance.

This can be seen as an odd choice seeing as it wasn’t exactly Han Solo’s best day. But by literally wearing the unforgettable and horrifying scene in which Darth Vader nearly freezes him to death, you might just prove to all your friends that you are the ultimate, ultimate Star Wars fan.

Here you have it – the 22 best Halloween costumes the Star Wars universe has to offer.

Of course, you can’t wear them all in one night, but who says you can get ready ahead of time and plan the next 22 Halloweens in your free time?

One thing’s for sure – whatever you pick, this Halloween or cosplay party will be one for the books! 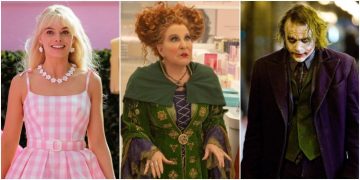