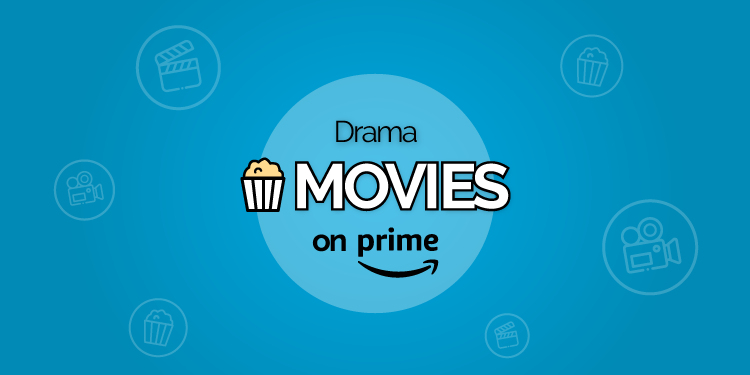 Ah, that famous Saturday night dilemma! The curtains are drawn, the popcorn is ready, the couch has never seemed more comfortable… then before you know it, you realize you’ve been scrolling through hundreds of movie titles and it’s already time for bed.

With the countless options that streaming platforms offer nowadays, it can be daunting choosing something to watch.

So, to make things easier for you, we’ve selected 25 of the best movies to watch on Amazon Prime right now.

You can thank us later!

Our list features movies on Amazon Prime U.S. only. Some films may not be available on international platforms. We frequently update this article to remove and replace new movies on Prime.

In this witty and impossibly clever ‘whodunit’ led by the charismatic detective, Benoit Blanc (Daniel Craig), a team of sleuths investigate the murder of a wealthy crime novelist whose eccentric relatives are potential suspects. With a star-studded cast and plot twists that will make your jaw drop to the ground like a Looney Tunes character, you’ll wonder where this 2019 movie has been all your life.

Let’s be honest, the dragon-obsessed child in us will never die. This epic and enchanting animated movie about a young Viking befriending a winged creature is the perfect weekend watch whether you have kids or not. How to Train Your Dragon is a top film for when you’re not up for anything too serious, and simply want to smile at the screen.

An Amazon Prime movie that will put you in the mood for music! Everyone knows Elton John, but do you really know the man behind the legend? This musical biopic answers (almost) every question you might have on the Tiny Dancer singer’s first steps as an artist. Taron Egerton does such a stellar job as the British star, that you’ll sometimes forget you’re not watching a documentary.

If you’re looking for a good action movie, go back to the very beginning and relive the Avengers’s first mission. Captain America, Black Widow, the Hulk, Iron Man, Hawkeye and Thor all accept to unite and save the world from Loki’s evil schemes. We don’t know about you, but we’ve got a hunch this little team might go on to do great things together.

In this tormenting and well-crafted horror film, a young woman who recently lost her parents and sister accompanies her boyfriend and his friends to a strange yet captivating midsummer festival in Sweden. What starts out as a unique experience eventually turns into an absolute nightmare for everyone involved… not sure this movie does wonders for Sweden’s tourism industry, but fans of psychological horror will be thrilled.

When a well-meaning and slightly uptight single mother decides to investigate the disappearance of her frighteningly charismatic best friend Emily, she has no idea she is about to fall head first into a world of secrets she was never meant to uncover. This neo-noir mystery is even more enticing thanks to Anna Kendrick and Blake Lively’s riveting performances. A 2018 movie all comedy fans need.

This take on the famous Wild West vigilante follows the great tradition of 1990s period blockbusters, with just enough melodrama, action and costumes to keep you hooked. It will also steal your hearts thanks to the earnest performances of Antonio Banderas, Catherine Zeta-Jones and Anthony Hopkins! Press play right now and enjoy the unique energy and fun swordplay this action movie has to offer!

If you’re looking for a thriller, this high-rated Leonardo DiCaprio masterpiece is certainly a must-watch. Tune in for crime-action and chaos as a war between the police and the mob unfolds. Cop, Billy Costigan (Leonardo DiCaprio) goes under cover to infiltrate an American-Irish mob, while criminal, Colin Sullivan (Matt Damon) infiltrates the police department as an informer for the syndicate. Yes, this Amazon Prime movie is as chaotic and crazy as it sounds.

An Amazon movie that’ll give you the thrills! The premise might seem all too familiar, but this horror movie about a bunch of college kids holidaying in a remote cabin in the woods will defy every single expectation you might have about the genre. Saying anything else would be incredibly spoilery, so we’ll just add this – get ready to be bamboozled.

Middle school was awkward and confusing for everybody, and this heartfelt movie starring real middle schoolers does not attempt to convince you otherwise. Through Laura’s eyes, a 13 year-old girl who navigates her last week as an eighth grader, Eighth Grade explores what it really means to be a pre-teen and will leave you feeling both nostalgic and quite happy to be an adult.

Fans of period dramas will fall head over heels for this steamy South Korean adaptation of Sarah Waters’ novel “Fingersmith”. A young handmaiden helps a con man steal her beautiful young employer’s fortune until love ruins her plans. Don’t be fooled by this rather standard premise, that’s only the tip of the fabulous, intricate iceberg that is The Handmaiden.

Jennifer Lopez isn’t exactly the most iconic Hollywood star, but it’s safe to say she has quite a few movies under her belt – the most famous probably being The Wedding Planner. This romantic movie starring the singer and Matthew McConaughey tells the story of a wedding planner (duh) who breaks her most important rule – don’t fall in love with the groom. A tragedy for the bride-to-be, but a love story we can’t help but adore.

This one isn’t for the faint-hearted, but those who can stomach the hard stuff will be asking for more. In horror flick, Hereditary, a woman is trying to process her elderly mother’s death, but starts to lose her bearings when her family suffers yet another tragedy. Between haunting hallucinations and inexplicable occurrences, this Prime movie will give you nightmares for years – we promise it’s worth it.

One of the few James Bond movies available on Prime, and the very first of the Daniel Craig collection. Casino Royale is available for streaming on Amazon, giving fans the ultimate action-packed, spy-filled ride. 007 has his license to kill and his first mission involves defeating a private banker who’s funding terrorists. Tuck in and get started on one of the most iconic movie sagas of our time (of the latest Bond series, at least).

If lighthouse keepers who slowly lose their minds whilst bearing solitude and boredom on an isolated island sounds like your type of stuff, you might just be in for a treat. This little minimalist masterpiece might not make you want to become a lighthouse keeper, but it will definitely reinforce your love for cinema (and your love for Robert Pattinson).

A mind-blowing thriller that will have you guessing until the very end. A thief who can enter other people’s dreams is tasked to plant an entire idea into a man’s head, a mission that could cost him everything if it comes to fail. Those who like rubiks cubes will probably want to stream this twice in one sitting and arm themselves with some pen and paper – it’s a brain teaser!

In this heartfelt comedy inspired by the life of WWE star Paige, the young daughter and son of a wrestling family decide to try their luck in the WWE, only to be separated when only one of them makes it past the first auditions. If you already thought Florence Pugh was talented, this simple but sincere little movie will officially make you worship her.

The sixth opus in the acclaimed movie series, Fallout takes Ethan Hunt on yet another mission to save the world by finding stolen plutonium cores. When the mission goes haywire, Ethan and his team need to hurry up and find these dangerous weapons before everything goes boom. Even after 24 years, Tom Cruise can still kick ass and yes, he still does his own stunts. Don’t ask us if the man is unbreakable, that’s confidential.

In this unique sci-fi film, three generations of women gifted with superpowers join forces to defend themselves against dark forces. This fascinating tale also explores racism and family ties in a way that you’ve probably never seen in a science fiction story, proving that superhero movies can be just as efficient without big blockbuster-ish special effects.

If you’re yearning for an adventure set in the early 1900s, you’ve come to the right place. In this epic drama, an explorer sets out to prove that the Amazon once sheltered an highly advanced, unknown civilization, even as everyone around him believes he has lost his mind. Fans of exploration epics will enjoy this beautifully shot, intense drama from beginning to end.

If you’re wondering what to watch on Amazon Prime, consider the Angelina Jolie and Winona Ryder classic, Girl Interrupted. Battling sensitive subjects such as mental heath and suicide, this film is an all-round great watch as you follow Susanna (Winona Ryder) who’s just entered a mental institution and befriended a group of troubled women including the sociopath, Lisa.

If you’ve yet to see The Pianist then make it a must-watch on your Amazon Prime list! This biographical drama set during World War II follows the journey of a Polish Jewish pianist who is forced into the Warsaw Ghetto. Heart-wrenching yet phenomenal, this is a story of a man that will stay with you forever.

Arnold Schwarzenegger is a formidable cyborg assassin who is sent back in time to hunt down and kill Sarah Connor, the mother of John Connor, who will one day lead the Resistance against robotic Terminators. With time-travel elements and action scenes that take your breath away, The Terminator is certainly a film to watch – if you haven’t already.

This pleasant romance movie is everything you need on a cozy evening. Follow heartbroken Amanda and down in the dumps Iris as they swap homes and journey to find the true loves of their lives. The Holiday features an all-star cast with the likes of Kate Winslet, Cameron Diaz and Jude Law, making it one of the many Amazon Prime movies that cannot go unmissed.

There isn’t a film that Adam Driver stars in that isn’t excellent. The Report features one of the actor’s most recent performances and is certainly a movie that all crime and thriller enthusiasts will love. Senate staffer Daniel J. Jones is ordered to investigate the CIA’s use of torture following the September 11 attacks, meanwhile uncovering shocking secrets that make jaws drop. Tuck in if you’re up for a real thrill!

There you have it, the best movies on Amazon Prime Video right now. Your friends and family will thank you for reading this list, so you don’t have to subject them to hours of hesitant scrolling every movie night.

What did you think of this list? Let us know your recommendations of some hidden gems on Amazon Prime Video that you think we’ve forgotten.

This article was originally published in July 2020.
The referencing of content from our website is granted subject to appropriate credit being given to "Tell Tales" as the source.
Share it !