Many versions of James Bond have blessed our screens since Sean Connery first embodied the character in 1962. While they’ve all had their martinis “shaken, not stirred” and driven one of his Aston Martins, each one ultimately brought something different to the table.

As with any adaptation of a beloved movie hero like the array of Batman actors or Joker renditions, some interpretations are flawless and others not quite so.

So, which James Bond actor perfectly played the role? And which one was more of a spoof than a spy?

Here is our ranking of the 8 actors who tried on 007’s suit!

We rank Timothy Dalton as the worst Bond actor simply for not being as memorable as his predecessors and followers. Dalton replaced Roger Moore in the late 1980s and remained in the popular franchise for just two movies – The Living Daylights and Licence To Kill. Only The Living Daylights was a success, while Licence To Kill didn’t work quite as well and was just as forgetful as the actor himself.

Moreover, Dalton’s performance was met with both praise and hesitation, as his take on the character was as serious as the novel version. Viewers also couldn’t help but compare Dalton to Roger Moore’s depiction who had instead been lauded for his somewhat goofy take on it.

Just like George Lazenby and Barry Nelson, David Niven is a lesser known version of 007. He didn’t really leave a mark on the canon, which is mostly due to his interpretation of the character being the furthest from the one depicted in Ian Fleming’s novels.

In his only movie as Bond, Casino Royale (1967), Niven played a version of the spy that was closer to Batman’s Alfred than the seductive, womanizing type immortalized by Sean Connery or Pierce Brosnan…Each to his own, we guess.

Shopping for Christmas or a Birthday? Get your hands on some James Bond merch!

Sean Connery’s successor was an Australian actor and model who took over the franchise after Connery’s departure in the late 1960s. George Lazenby is the youngest actor to ever play the spy at just 29-years-old. If his face doesn’t ring any bells for you, it’s because he only played the emblematic agent once in On Her Majesty’s Secret Service (1969) and never again after that.

Despite his good looks and acting talent, the handsome Aussie didn’t really enjoy the shoot and apparently had beefs with two co-stars as well as the powers that be. We can only imagine the pressure of following in the footsteps of such a giant as Connery!

Even if he was the first actor to ever play Ian Fleming’s famous spy, Barry Nelson is rarely included in any James Bond list. In fact, many people just prefer to consider Dr. No with Sean Connery as the first adaptation.

However, Barry did shortly play the British spy first in a television adaptation of ‘Casino Royale’, as part of an episode of the anthology drama series, Climax!. Although this was his only time playing the special agent, this seems important to mention as it remains a largely forgotten, underrated performance.

Roger Moore added a touch to 007 that didn’t exist in Ian Fleming’s work – a sense of humor and an easy-going attitude that was poles apart from the broody and strict character from the novels. This is precisely why so many people cherished Moore as Bond.

Moore is until this day, the longest-running Bond having starred in seven James Bond movies. Not only was his performance one of a kind, but most, if not all of his movies are some of the best out of the bunch (let’s forget Octopussy). One that definitely stands out is Live and Let Die, which was Roger’s first time as his Majesty’s agent.

What’s your favorite 007 film? We rank the best James Bond movies starting with the worst!

Pierce Brosnan had all the wit and charm needed to play 007. Introducing a more modern Bond after a six year hiatus, Brosnan’s version was sophisticated, yet slick and badass enough to be a somewhat impressive spy. Let’s not forget his iconic one-liners, cool gadgets and the fact that he had the highest kill count of all Bonds (135 kills!)

Not everyone thinks Brosnan’s movies were as memorable as Connery’s or Moore’s, but there is no denying that the actor had done his homework for the role. Then again, the outdated special effects and the oftentimes cartoonish plots (that invisible car in Die Another Day) did make it a little dusty for today’s audience. But if you can get past that, it’s worth the ride!

Daniel Craig has been James Bond for four movies now, with No Time To Die set to be his last. And in about fourteen years, it’s safe to say that the British actor has done his job perfectly well. He’s broody (in a charming way) and ever-so-serious, and he’s more “human” than previous Bonds.

Although his take on the character is not as witty as Moore’s or as smooth as Connery’s, Craig has a certain cold charm that manages to captivate audiences without ever boring them. The most faithful adaptation of the character in spite of his blonde hair and height, Daniel Craig’s 007 has succeeded in reviving an old franchise and revamping it for a new generation.

To most people, from hardcore fans of the franchise to even the most casual viewers, Sean Connery will always be ranked as the best James Bond actor. He’s the real deal…the ultimate face for the iconic cinematic spy…the first to utter “Bond… James Bond”.

This isn’t just because Connery was the first 007 actor on the big screen after Barry Nelson’s discreet appearance. It’s impossible to ignore the charm and appeal the Scottish actor gave to a character that was intended to be a lot more serious.

Handsome, witty, likable, clever and brave, there is very little Sean Connery’s Bond didn’t master- that’s why it’s difficult to disagree with those that crown him the greatest Bond of all time.

After almost half a century of actors embodying the beloved British agent, there’s no denying that 007 has left an immortal mark on cinema – regardless of the actor’s performance. But like every popular franchise and its leading roles, we all can’t help but compare and pit them against each other.

Let us know in the comments if you agree with our ranking! Is Sean Connery also your favorite James Bond actor? Or do you prefer the underrated ones? Is there even a right answer to this question? We’re all ears!

How much do you know about 007? Check out our list of facts about James Bond! 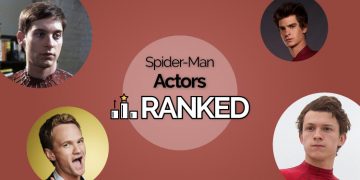 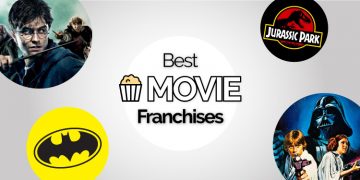 We have hand-picked the very best celeb, TV and movie merchandise just for you!