When it comes to Queen Bey’s personal life, we’re constantly left in the dark. With little to no media coverage around her love life, we’re always curious to know what goes on behind closed doors.

What we’ve seen from various documentaries is that she’s drunk in love with her beau Jay-Z, but who did she have the hots for before they fell madly in love?

To find out which men were lucky enough to date the bona fide music sensation, continue reading our list of Beyonce’s dating history below.

Bey dated her high school sweetheart for almost a decade before they split when she began touring the world with Destiny’s Child. From the age of 12, however, Lyndall knew that a young Beyoncé was a control freak who was determined to become famous.

During their relationship, they just did ‘kid stuff’ and hung out, but at the age of 15, Lyndall cheated on the popstar by losing his virginity with another girl. Although they split for a while, they reconciled, but Lyndall fell down the same hole and was unfaithful again. In 2000, Bey started hanging out with Jay-Z and put an end to an era of puppy love.

During the early days of Destiny’s Child, the girl group often crossed paths with fellow boy band, NSYNC at many entertainment events.

It was rumored that Justin and Queen Bey locked lips at one of the showbiz parties, but nothing further came of it. Justin was a young bachelor dating a handful of different women, and Bey was in a long-term relationship that was coming to the end of its tether.

Bey was also linked to basketball legend Kobe Bryant after he appeared in Destiny’s Child’s Bugaboo video. However, it turned out the duo were nothing more than just friends.

Over the years, the two couples (The Bryants and The Carters) shared a close friendship, and after Kobe’s tragic passing, we witnessed Bey comforting her friend Vanessa at Kobe’s memorial.

When Bey and Sisqo rocked up in matching outfits to co-host the 2000 MTV VMA Awards, rumors started flying about their ultra-close relationship.

The pair seemed very comfortable together and were reportedly hanging out a lot. However, nothing further came of this fling, so we’re putting it down to a well-played publicity stunt to get some more attention around the rising star.

Beyoncé first met Marques Houston when they were 16 before their life of fame, which is where their relationship developed. He knew Bey had star-quality and was eager to work with her and produce new music.

It was rumored that he was her boyfriend at the time, but during an interview, Marques confirmed that they were always “just friends”. So, we will never know if these two were romantically connecting as they both keep their cards close to their chests.

Queen Bey was also linked to hip-hop rapper, Mos Def in 2001, with rumors stating that the pair had a brief fling before she hooked up with her hubby Jay-Z. However, again, it was all a bit of gossip with nothing else validating the fact that the pair even dated.

Before hooking up with the love of her life, the popular celeb was also linked to Pharrell Williams. A source close to Bey revealed that they were both dating and very much in love with each other.

That said, when Pharrell was questioned about their relationship status, he revealed that Beyoncé was actually dating his close friend and confirmed that their friendship was strictly professional. That friend was presumably Jay, but Pharrell stressed that he didn’t want to talk about her business. How loyal!

In 2002, Bey and Sean collaborated on the notoriously popular single, Baby Boy which sparked some dating rumors. But this relationship was nothing more than a professional one.

Sean was so thankful that he could be part of a popular track and work with Beyoncé, who he describes as being “very focused”. Sean Paul confirmed in an interview that he’d love to work with Bey again, possibly on a Baby Boy part 2 – we’re keeping our fingers and toes crossed on that one!

When Beyoncé and Jay met in 2002 (she was 18 and he was 30), he influenced her in so many ways and helped her grow into the highest selling female artist that she is today. For the first year and a half of dating, the pair mainly shared a ‘phone relationship’, spending long hours talking and getting to know each other. Bey later told Oprah that it was an essential part of building the strong foundation of their affair.

After collaborating on Bonnie & Clyde in 2002 and Crazy in Love in 2003, it was clear that the lyrics were actually about their romance. In 2004, the power couple were spotted everywhere together but still wouldn’t confirm that they were an item. It wasn’t until their red carpet debut at the 2004 MTV VMAs where they finally let the world in on their romantic relationship.

In 2008, the pair tied the knot in a secret and super low-key ceremony and since then, the famous duo have had their fair share of ups-and-downs. In 2010, Bey experienced a miscarriage, but in 2011, she announced that she was pregnant with their first child, who we now know as Blu Ivy.

Everything seemed smooth in the Carters’ world until the 2014 elevator incident happened, where a clip emerged of Solange (Bey’s sis) hitting Jay-Z. While we will never know for definite what this celeb feud was about, we suspect that Solange found out about Jay-Z’s affair. After Beyoncé’s visual album Lemonade dropped, this added more fuel to the infidelity fire.

With the news of their expecting twins Rumi and Sir in 2017, everything was good again in the Carter household and it seems that Queen Bey forgave her beau for his cheating, and they’ve continued building their love story ever since.

The Carters are the ultimate powerhouse couple and have shown that they too have their difficulties – just like everyone else! What they have proven is that with love and respect, they can get past anything that’s thrown their way.

Do you think Beyoncé would have been better suited to one of her rumored love interests? Let us know which boyfriend suited Bey by commenting in the section below!

READ NEXT:
What Does Beyoncé Eat? A Breakdown of Diets 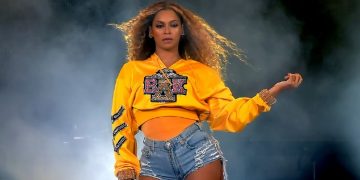 Beyonce’s Workout Routine – How to Get Her Body 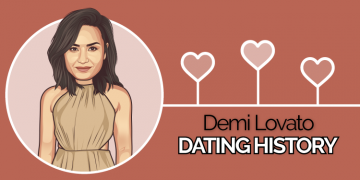