Let’s face it, who hasn’t dreamed of becoming a Marvel superhero? With the many MCU movies being released every year, there’s an abundance of choices when it comes to character costumes you can wear for Halloween, or any other dress-up occasion!

Undeniably, Marvel is the ultimate go-to when it comes to superheroes and we wouldn’t blame you if you decided to channel the most cliché characters like Thor or Captain America.

But, just to broaden your horizons and spoil you for choice at your next cosplay party, here is a list of the best Marvel costumes you should consider as well…

This high-quality costume with its printed red, gold and blue-stretch suit is a must-have for anyone willing to channel their inner superheroine at a Halloween or cosplay event. Captain Marvel has become a cultural phenomenon, so you’re bound to be the life of the party in this outfit.

This classic Deadpool fancy dress outfit is a fantastic idea when wanting to evolve into the witty Wade Wilson and make everyone laugh at your next superhero costume party. With its deluxe muscle chest piece, jumpsuit and mask, you’ll just have to add a few plastic swords and daggers, and you’ll be all set to make everyone’s jaw drop.

This might seem like an obvious choice, but that’s not a bad thing. Especially when you’re looking like Cap! Captain America is by far one of the most sought-after outfits for dress-up occasions, so we can only imagine why you would be tempted by this adult padded suit. Coming with a badass mask and attached boot tops, there’s no way you’ll go wrong as Steve Rogers!

Who doesn’t want to pretend they can weave incredibly long spider-webs and jump from building to building effortlessly? Well, we’re not encouraging you to try that out, but you can achieve half of that ambition by getting this great 100% polyester official Spider-Man costume, which comes in extra-large and standard sizes.

Another badass superheroine, Black Widow has one of the most stylized outfits of the Marvel family. This zip-front Civil War jumpsuit with 3D boot tops on legs, pull-on knee-pads, a black waist-belt with silver buckle detail and black arm gauntlets with a bullet effect will make you the soul of the party as professional assassin, Natasha Romanoff!

After Captain America and the gang, choosing a more underrated character might also be a good choice to stand out among your friends. This red cloak, blue inner jacket and brown belt will make you the wisest of them all as you practice spells and illusions that might just save the world.

Black Panther has one of the most amazing-looking superhero suits around. Here’s your chance to become the king of Wakanda with this muscular suit, its boot tops, gauntlets and feline mask! We can already sense that everyone around you will feel obligated to kneel.

You might just get the chance to be the cutest alien creature at the party thanks to this Groot outfit! Shine as one of the most adorable, yet slightly annoying characters of Guardians of the Galaxy and get your friends to dress as the other Guardians, and your night will be one to remember.

We all remember Peter Quill’s amazing performance at the beginning of Guardians of the Galaxy Vol. I in which Chris Pratt dances around a cave to classic 80’s jams. Well, here’s your chance to reproduce this hilarious scene for your friends with this amazing Star Lord costume, complete with boot tops and its bizarre mask.

Being the God of Thunder is no easy task, but maybe you’re suited for it. This molded jumpsuit with its cape and gorgeous, vibrant colors will in no doubt make you the God of any gathering. Just fetch a hammer, and you might never want to get out of this Avengers outfit again (maybe for a shower or two, though).

This official, powerful Marvel character costume is what Halloween dreams are made of. Complete with its shoe-covers and half-mask, this will get you bedazzled looks from all guests at the cosplay party. Slip this Marvel outfit on, add the gloves, and you’ll be ready to save some lives.

Maybe you don’t exactly have a terrorizing alien living within you, but that doesn’t mean you can’t get yourself this terrifying latex Venom mask! Terrorize the kids that will come trick-or-treating at your door and impress party-goers at any costume party.

Ah Rocket! We’re yet to meet a talking-racoon! While we wait for that species to finally land on our planet, here’s a Rocket Racoon outfit to be the best-looking character this Halloween. This long-sleeved costume comes with a racoon mask – a perfect cosplay outfit that you can pair up with absolutely anything.

This Thanos outfit is the king of Marvel costumes, there’s no doubt about that! How could anyone go wrong with this suit, complete with a Thanos mask and – the best part – his Infinity Gauntlet! And if your friends don’t agree with your choice of costume, well… you’ve got the gauntlet to snap them all away.

Like anyone, we know that you want to be immortal and fight crime, so maybe Wolverine is your go-to dress-up idea this Halloween. This yellow costume with its muscle-chest design and Wolverine mask will make you look more athletic than ever – all that without having to avoid the cake! Did someone say best Halloween costume ever?

Another criminally underrated female character of the Marvel universe, Storm is the perfect superheroine for anyone who wants to be both mysterious and stylish. This ideal X-Men costume features a black spandex jumpsuit and black satin cape that promises to make heads turn.

This Hulk dress up costume is the perfect pick for someone who wishes to flaunt abs like few people ever have. We all know that Bruce Banner is actually quite a kind man, but we all want to unleash our most enraged selves once in a while. Here’s your chance with this Avengers suit!

Ant-Man might be small, but he’s powerful! Although it’ll be difficult for you to shrink to an ant’s size like the hero himself, we encourage you to get this suit and Ant-Man mask to feel like there’s nothing you can’t accomplish, no matter your height.

Sometimes, a Marvel t-shirt isn’t enough to find the fighter in you. This Daredevil costume with its suit, mask, gloves, and two plastic batons is everything you need to fight crime this Halloween. But, if you don’t want to get in trouble with the police, which is wise, it can also do wonders at a Marvel costume party.

One of the most fantastic female characters in the Marvel Cinematic Universe, Gamora should be the first on your list this Halloween. And whether or not you’ll be bold enough to paint your face green, this outfit is all it takes to channel your inner Guardian of the Galaxy!

It can be daunting to find the perfect Halloween costume when everyone seems to have the same five ideas every year.

We hope this list has given you enough choice to make sure you amaze everyone this October and beyond, whether it be for a party or a geeky convention! 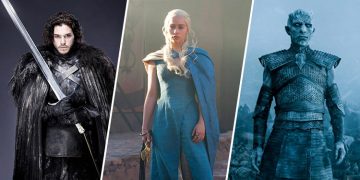 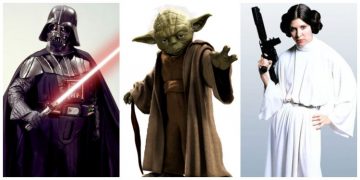