Music megastar, Taylor Swift pours her heart and soul into her powerful lyrics, giving a real insight into her deepest and darkest secrets for all to see, but there’s still a lot left to know about this popular superstar’s bio. From her childhood to her weird interior design, T-Swizzle doesn’t fail to surprise us.

If there’s one thing you should know about Taylor, it’s that once she sets her mind on something, she’s going to follow through. The talented singer proved this at age 12 when she learnt how to play a 12-string guitar all by herself (well with the little help of a repairman who taught her how to play three cords). The rest was all down to her though – she spent at least four hours a day practicing until she perfected her playing skills. 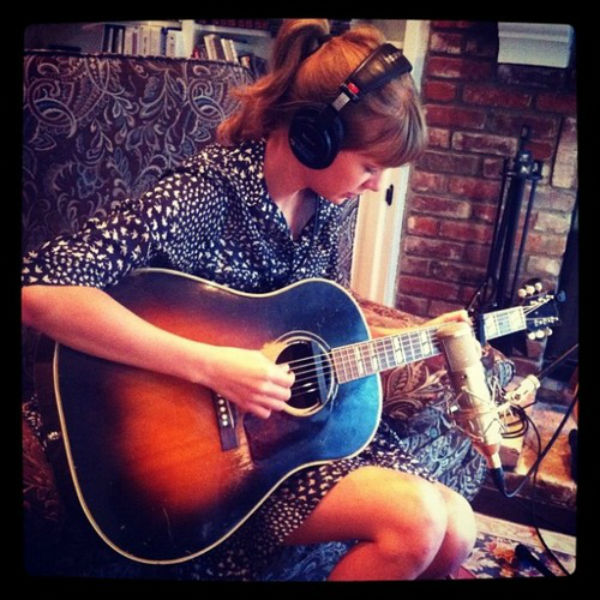 2. Taylor Grew Up on a Christmas Tree Farm

Say what?! Is there anywhere cooler to grow up other than a place that revolves around the best time of year? It’s true – Taylor Swift spent most of her childhood growing up on a Christmas tree farm until the age of 14. She even got stuck in and helped her dad by debugging the trees to make sure they didn’t infest the house. 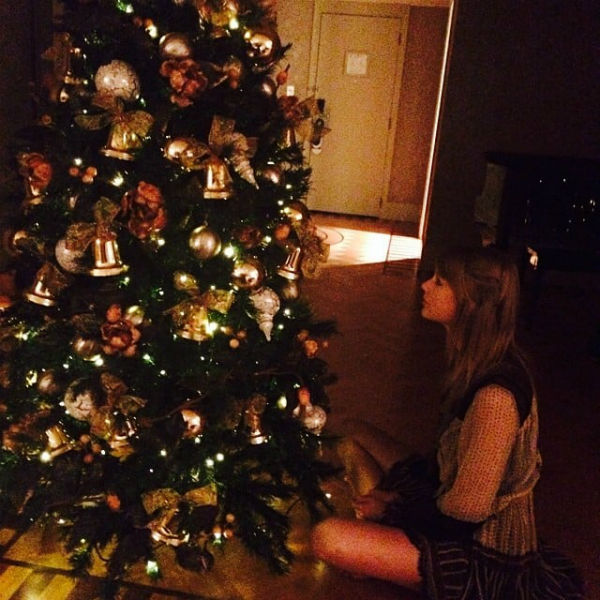 3. She Has Over 20 Songs Dedicated to Exes

This piece of trivia is no secret to music fans. The blonde beauty has penned over 20 songs about her ex-boyfriends. From Harry Styles to John Mayer and Jake Gyllenhaal, Taylor has covered many songs dedicated to her love, heartbreak and raw emotion. One thing is for sure, the music mastermind has built an entire empire off the memories of her exes. Unlike others who hate the connotation of number 13, Swiftie believes that it’s her lucky number, especially because it’s her birthday (she was born on December 13th). Her first album also went gold on the 13th week, she won an award when she sat in the 13th row, and her first number 1 hit had a 13-second intro. With all this being said, you can probably judge why the number 13 is so important to the megastar. 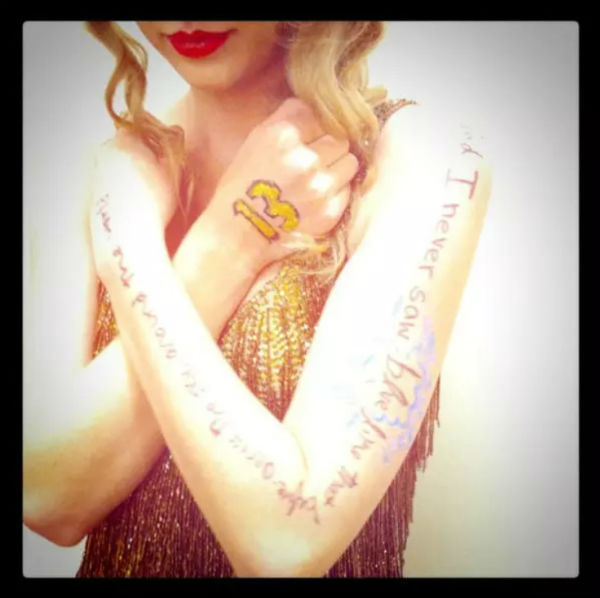 5. She Dreamt of Being a Broadway Star

Before Taylor even laid eyes on songwriting, she had her eyes set on the big stage. As she had acting and singing classes from a young age, she hoped of joining both her passions and performing on-stage, but after endless rejections in the Big Apple, Taylor changed direction and started songwriting instead.

Taylor Swift is not only known for her killer vocals, stage presence and songwriting skills, but also for her on-screen performances. She first debuted as Haley Jones on CSI, before making a cameo appearance in Hannah Montana: The Movie. Since then, she’s appeared in Valentine’s Day and The Giver. She’s soon set to star in Cats, too! 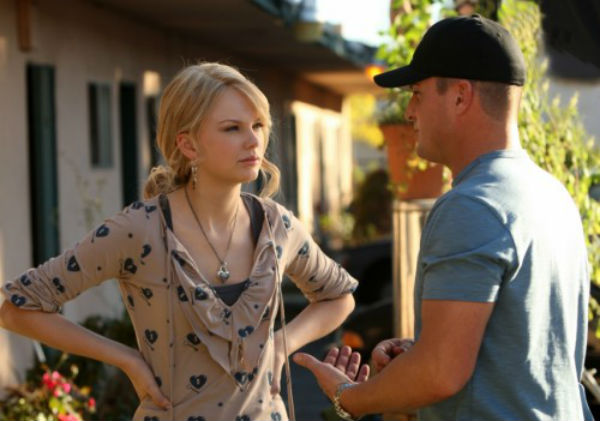 This cool fact will make you proud of the Folklore star. At the young age of 29, this pop-icon has 10 Grammy awards tucked safely under her belt. She has even bagged the award for ‘Woman of the Year’ not once, but twice! That’s more times than any other female pop artist! 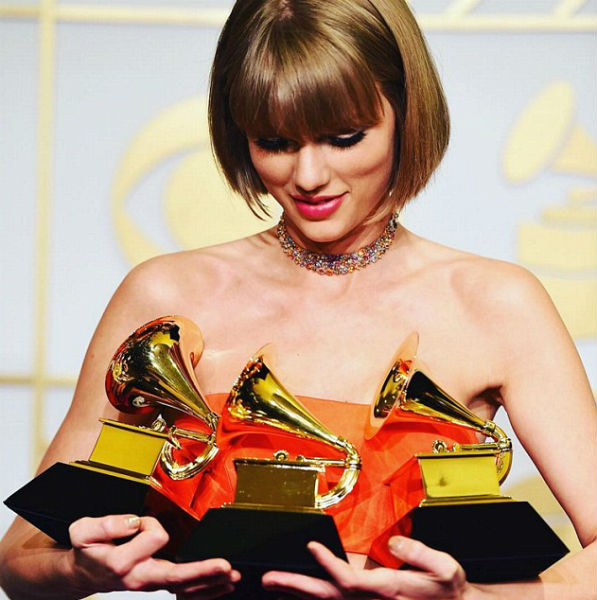 8. She Has a Framed Picture with Kanye

This Taylor Swift fact comes as a real surprise! She framed a photo of her famous feud with Kanye West, where he rudely interrupted her acceptance speech during the 2009 VMAs. The frame is placed underneath a handwritten note that says: “Life is full of interruptions”. What a way to stay motivated throughout the day.

At the young age of 11, Taylor Swift won a local talent competition by covering the LeAnn Rimes song, Big Deal. Evidently, her love for LeAnn shines through her own similar music. Likewise, Taylor also writes deeply emotional songs that cover the ups and downs she’s been through. 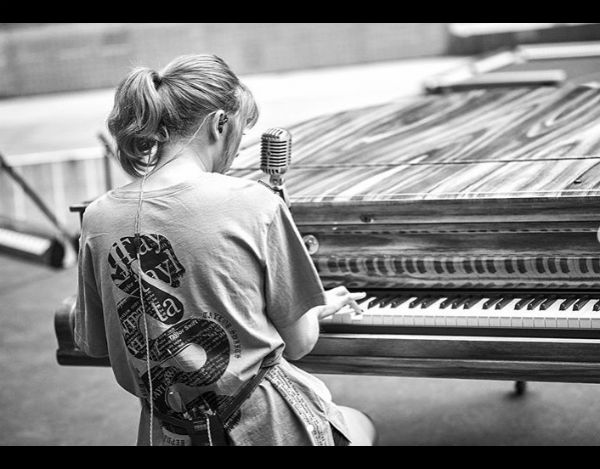 Taylor knows how to invest her money wisely! With her hefty pay cheque, she’s got onto the property ladder and invested her cash in not one, but eight properties, over four states, that are worth over $84 million. Her property empire includes an estate and a house in Beverly Hills, a penthouse, townhouse and condo in New York, an estate in Watch Hill and an estate and condo in Nashville.

11. She Was Once Against Streaming Sites

At a time when most artists embraced the arrival of streaming websites, Taylor refused to release her album, Red on the music-streaming site Spotify. After a while, she gave in, but withheld all her songs and embarked on a three-year spat with the site over receiving low royalties on her songs. The reason for the release of her music on these streaming sites was due to her 1989 album passing 10million sales, but many speculate that it’s because rival, Katy Perry was set to debut her new album on the service.

Taylor was reportedly groped during a meet-and-greet in Denver by Radio DJ, David Mueller. Although she aired the incident, she didn’t demand a single dollar. Instead, she wanted to make the assault public and prove herself a role model to other women. Following the report, the DJ then sued the Reputation singer for ruining his career (as if he didn’t do that on his own!). She then counter-sued the DJ and won exactly $1 million in the lawsuit.

Along with the framed picture of her run-in with Kanye West, T-Swizzle also has a fish tank full of vintage baseballs. If that’s not bonkers enough, she has a rail of white nightgowns that she throws on when her pal, Lena Dunham is visiting, to feel like they are “pioneer women”. 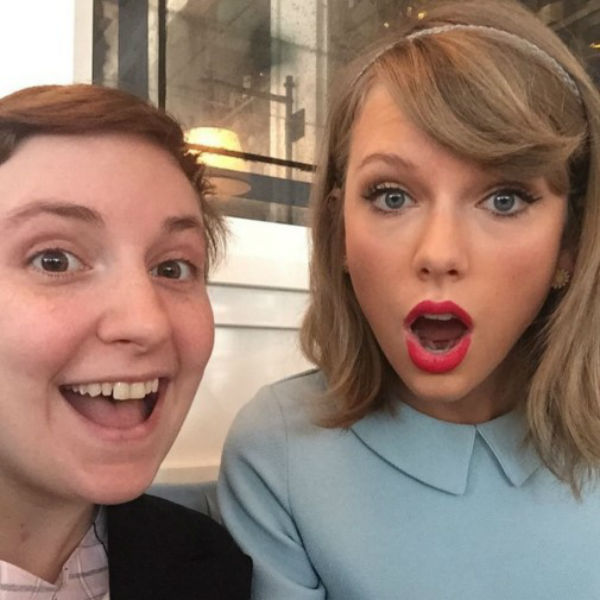 Here’s a fact about Taylor’s life you certainly didn’t know. Her parents are huge fans of James Taylor and they loved him so much that they wanted to name Swiftie after him. With the name, came the same career path, and the pair even had the chance of performing together at a benefit in 2011. 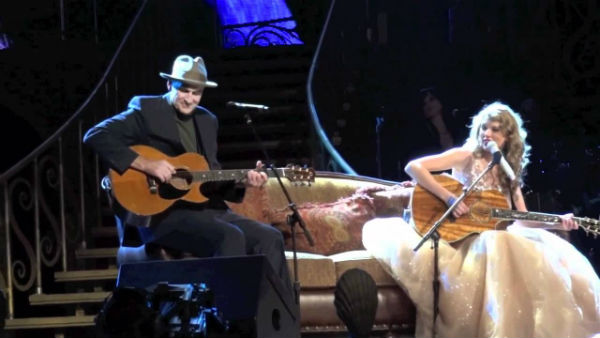 15. Her Grandma was a Professional Opera Singer

It’s no surprise that the vocal flair runs in Taylor’s family – her grandma, Marjorie Moehlenkamp-Finlay was a professional opera singer and always influenced Taylor to sing and pursue a career in music. 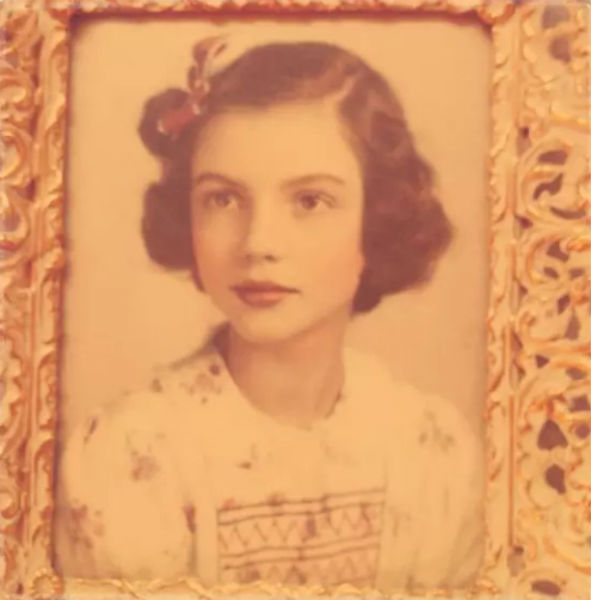 Here’s a fun fact about Taylor! Although it appears that she doesn’t indulge in anything sugary from her slim figure, the truth is actually quite the contrary. Taylor’s secret craving is an all-American cheesecake. If that’s not BFF goals, I don’t know what is!

While most celebs give back to their community to avoid hefty taxes, Taylor actually does it out of the goodness of her heart. She recently donated $15,500 to a fan whose mother has been in a coma for three years, without forgetting the $17,000 she gave to her home library, or the $10,000 she donated to a service dog of a boy with autism. These acts of kindness are just a few examples among the long list of good deeds Taylor has done since being in the limelight.

At an age (12) when most girls played with their hair and gossiped about their celeb crushes, Taylor was busy writing a novel. The non-autobiographical novel is titled A Girl Named Girl, and according to Tay’s parents, they still have the copy! Who knows, it might be a best-seller if it ever gets released. 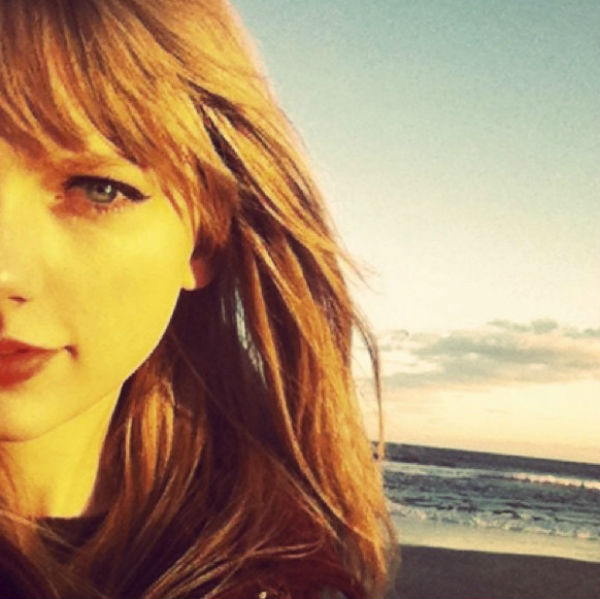 19. She’s Scared of Being Tatted

An interesting fact about Taylor you didn’t know… Most celebrities use ink as a way of expressing themselves and having something unique, yet Taylor Swift is scared of the needle. She did reveal that if she were to ever get one (which is highly unlikely), it would be a tattoo of her lucky number, 13.

Well, who doesn’t love a bit of Shania anyway? But T-Swizzle is completely obsessed with the country star and has openly spoken about the influence that Shania’s had on her music. The adoration is completely mutual; Shania even told Entertainment Tonight that she admires Tay’s honesty.

21. She’s had many Feuds with Celebs

Sure, Taylor is sweet and all, but the popstar does indeed have a catty side. In fact, she’s been famously involved in several feuds and fights with other celebrities including Katy Perry, Demi Lovato and Nicki Minaj! Catch up on Taylor’s celebrity feuds in our post!

That’s right! Taylor has not one, but two clips that have made it into the most-viewed music videos of all time! Blank Space and Shake It Off are two of the singer’s most popular music videos on YouTube, having been watched over two billion times each! According to this fact file, Taylor Swift sure has the personality, voice and stage presence to entertain us and keep us coming back for more. Let us know what your favorite fact about Taylor is in the comment section below…