It might seem unlikely that there can be anything left to unearth about Kim Kardashian West. After all, she’s had a hit reality show that has documented her entire life since 2007 and several controversial moments that have grabbed headlines ever since.

(Yes, KUWTK has been graced our television screens for more than a decade. Feel old yet?)

Even though you can keep up with her on every possible media channel from TV to social media to apps, there are still some things that you may not know about the famous mother of four. So, gather ‘round, Kimmy K lovers (and haters) – here are 21 Kim Kardashian facts that are literally so true, Bible.

We all know that Kim isn’t afraid to go under the knife. She also has nerves of steel when it comes to piercings! Did you know that she has piercings on her bellybutton, one in her right ear and four on her left? She hasn’t been spotted with her belly ring lately, though.

2. She has a Freckle on her Eyeball

There are many Kim Kardashian doppelgangers out there. All the ladies try to copy her style, fashion, makeup and hairdos. One thing they can’t mimic however, is the freckle on her right eyeball! Bet you’ve never noticed that before!

3. Kim has a Passion for Bees

Kim doesn’t fear bees and would even hold and play with them when she was younger. Plus, she’s never been stung. If she didn’t make it as a reality star, imagine her as a beekeeper. 4. Kim has a Phobia of Starbucks Cups

She HATES the sleeve on Starbucks cups. She even has to leave the room for someone to take it off for her because she cringes from the sound of it. 5. She Goes to the Beach at Certain Times

As her true fan knows, Kim loves going on vacation where she can flaunt in her bikini and relax on the beach. However, what you may not know is that the curvaceous star only goes to the beach when lighting is the most flattering to avoid casting unappealing light on her cellulite. A girl’s gotta do what a girl’s gotta do.

6. Kim has Been Married 3 Times

If you thought Kim K’s infamously short marriage to Kris Humphries and her famous marriage to Kanye West is all there was in the ring department, you’re mistaken. She’s actually been married three times! Kim’s first marriage was to a music producer, Damon Thomas, when she was 19. They divorced three years later, because of emotional and physical abuse. Almost every guy that Kim has dated is said to be a victim of the Kardashian Curse! Read our post and let us know if you believe in it!

7. The “Worst Thing on the Planet” According to Kim is…

Not shocking coming from the contour queen, Kim believes that the “worst thing on the planet” is when women’s foundation is too light. Good job we’ve found dupes of her KKW highlight and contour kits! If more girls wear the right shade on their skin, that’s one less problem off Kim’s shoulder! 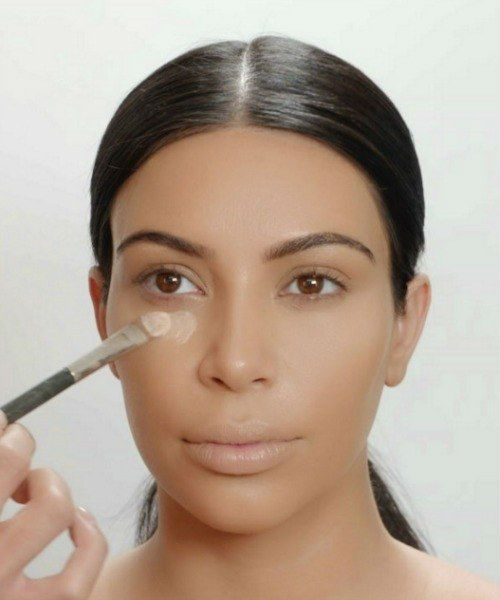 Fancy a shopping spree? You can show-off your true support for Kim and her famous family by getting your hands on some great Kardashian merch!

After Elizabeth Taylor’s death, Kim spent $65,000 on jewelry at Taylor’s estate sale and nearly bought her house as well. Kris Jenner even has a huge portrait of the icon in her kitchen… 9. Kim Hates the Food You Love

Plan on cooking a meal for Kimmy? Make sure your menu is rid of cilantro, mustard, peppers, blue cheese and red velvet. She absolutely despises them! Seriously, who hates red velvet?!

10. She has Expensive Taste

Most of us dream of our wedding day, but most of us don’t expect it to be a $30 million affair. And while plebeians like you and I may be used to traditional name cards to help seat our guests, Kim and Kanye had the name of all 150 attendees engraved into the marble tables. 11. Kim Once Released a Single

We all have regrets, but Kim’s comes in the form of her cringe-worthy single, Jam (Turn It Up). As bad as the song was, thankfully, the 2011 track wasn’t all a waste. She donated half of song’s profits to St. Jude Children’s Research Hospital.

12. She has a Pricey Beauty Regime 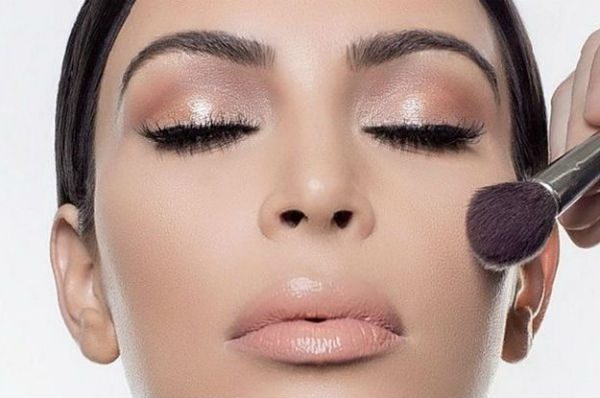 Check out these photos of Kim Kardashian without makeup – she looks even better when she’s not covered in hundreds of dollars worth of cosmetics!

13. Kim Sent Fake Photos of North When she was Born

After North West’s birth, Kim and Kanye sent photos of a different baby to their friends to test and see who would try and sell them to the media. Sure enough, some of them did. What a legit way to learn who your real friends are.

14. She has a Funny Way of Sleeping

Want to know a fun fact about Kim Kardashian? According to the Insta-Queen herself, Kim sleeps with her eyes slightly open and it scares the crap out of people.

Kim has strutted her stuff on more than one catwalk in her day and has graced the cover of numerous magazines. When posing in front of the camera, Kim channels her favorite supermodels, Cindy Crawford and Linda Evangelista. A little known fact is that Kim Kardashian is an award-winning actress. She won the 2014 Razzie Award for Worst Supporting Actress in the 2013 film Temptation: Confessions of a Marriage Counselor. Hey, at least she won something. Don’t worry Kimmy, we are all very proud… 17. She was Banned from the Met Gala

Despite being a famous celebrity worldwide, Anna Wintour, the Editor-in-Chief of Vogue, banned Kim from the Met Gala in 2012 simply because she “didn’t like” the Keeping Up With the Kardashian star. Guess no amount of fame or money can stop the wrath of Wintour. Nevertheless, Anna let Kim and her husband, Kanye grace the cover of Vogue in 2014. They even posed together for this awesome photo. All’s fair in love and war… She jumped out of a plane sky diving when she was 20 years old and is now afraid of heights. Guess the highest you’ll see her now is when she’s wearing stilettos in her pent house in NYC…

Several members from the Kardashian family have been rumored to go under the knife but it seems Kim K has been under public scrutiny for more years than others. Through it all, she has been accused of having plastic surgery on every part of her body. Facing her accusers, she has said that apart from Botox in the past, she hasn’t had any procedures.

During her visit to Paris for Fashion Week back in October 2016, Kim was robbed of $10 million worth of jewelry. The reality star was held at gunpoint in her own apartment by five individuals who were dressed as police officers. The robbers apparently tied Kim’s wrists and legs, gagged her with duct tape and placed her in the bathtub while they stole her precious items including her $4 million engagement ring. 21. Kim Kardashian’s Net Worth is Over $40 Million

Kim is worth $45.5 million on her own, not even counting her famous husband’s net worth of $160 million. That’s a whole lot of moola. We can’t imagine how much the entire Kardashian klan is worth!

It sure ain’t easy Keeping Up with Kim. Love her or hate her though, you just can’t get enough of the brunette beauty…

Want more from Kimmy and her famous family? Find out exactly how the Kardashians got famous or scroll through our list of their family facts!

Brianna is an avid writer, chocoholic, and gossip. In her spare time, she can be seen binging on Netflix shows like House of Cards or 30 Rock, or her HBO favorite, Game of Thrones. You can also catch her at the movies drooling over the latest Marvel movie or scrolling through pictures of Dwayne Johnson on Instagram.

20 Celebrities Who Have Coronavirus

How Did The Kardashians Get Famous?