Everyone dreams about a Justin Bieber and Ariana Grande romance. They’re both superstars, they’re the same age and they’re both out-of-this-world-cute. Ari and Biebs would totally make the perfect celebrity couple – the type we can only dream of. I mean, can you imagine their babies?

Justin may be married to Hailey Baldwin and Ariana may be busy dating other guys but that doesn’t mean they’re not meant to be together. They have so much in common and they’ve been friends for years. For some reason, fate just won’t bring our faves together. Here’s a breakdown of their relationship so far…

Touring and Getting to Know Each Other

Whether it’s with a fan or a random hottie from the club, artists hook up a lot when they’re touring. So when Justin and Ariana were touring together in 2013, fans were praying for a romance. But it didn’t happen. Ariana joined Biebs for a few of his Believe tour shows but sadly, sparks didn’t fly…

A Kiss Never Hurt Nobody

A photograph of Justin and Ariana kissing broke the internet in 2013, causing major speculation. Perhaps our two faves finally found love. Nope. Ariana cleared the air and broke our hearts when she said the kiss meant nothing. She did get “shy” over it, though.

Even if Ariana had a crush on Bieber at the time, things never progressed. The Justice singer simply suggested to take a selfie together after he met Ariana’s grandparents at a meet-and-greet. The Dangerous Woman was hesitant in sharing the snap at the time because she didn’t “want the drama that comes with it”.

When Justin was arrested in 2014, his longtime friend was there to offer support. Speaking on his breakdown, Ariana told Mix 104 – “It’s gotten to a point where I just want him to be okay. It’s this very serious thing. It’s not just like a kid who’s, you know screwing around, it’s dangerous. It’s very serious and upsetting.”

“He is the most visible, yet most isolated human being I’ve ever met,” she continued. “I just want him to be okay, that’s all. I just think it’s a serious thing. And I don’t think it’s something to make fun of anymore. I don’t think it’s funny anymore.” At least we know Ariana truly cares for Biebs. Friends can become lovers…

Arianators and Beliebers lost their minds when their faves were spotted in a studio. Justin teased an upcoming duet with Ariana on Instagram but once again, the love never flourished. Ariana told the Associate Press that they’ll “finish it and put it out one day, but it just wasn’t the right time”.

See Also: Get your hands on some Justin Bieber merchandise to truly call yourself a Belieber!

Touching and Loving on Stage

An Ariana Grande and Justin Bieber love story hit headlines in 2015 when the duo got up, close and personal during her Honeymoon tour. The Purpose singer couldn’t keep his hands off the pint-sized powerhouse while performing a few of their hits together. Wrapping his arms around her waist, running his hands up and down her body – it sure looked like Ari and Biebs had some chemistry!

Ariana may have been dating Big Sean at the time, and Bieber was on-and-off with Selena, but the world was over the moon to finally see them sing together. For a while, there was hope for a possible affair…

Was Ariana the latest famous fling to add to Justin’s string of girlfriends? Seeing them perform together was enough to make us faint but seeing photos of them backstage made us die. Snapshots and selfies of Justin and Ariana being cute together behind the scenes was the perfect gift for all Jarianators. Excuse us as we pray for a hook-up…

Bieber and Ariana shared each other’s Company to help promote Carly Rae Jepsen’s single, I Really Like You in a fun video. The duo were joined by the likes of Kendall Jenner, Lee Chae-rin, Lance Bass…Bieber’s dad and Ariana’s brother. When the families get along, you know it’s going to be a great wedding. One can only dream…

It’s always a good sign when your crush enjoys your music. Ariana promoted Justin’s single, What Do You Mean in August 2015, proving once again that the couple were perfect for each other. This had nothing to do with the fact that Ariana and Justin share the same manager, nothing at all (we kid).

In late 2015, Ariana and Bieber blessed our ears with a gorgeous duet – it’s about time! Their remix of What Do You Mean made Jarianators wish even harder for a possible fling. If music can’t bring them together, what will?

Is Ariana Grande going out with Justin Bieber? A lot of fans thought so when the Changes singer left a flirty comment on Ariana’s selfie video. Fans managed to screen-grab Bieber’s comment which read “Damn Ariana, u look so good.” One thing’s for sure – Justin has his sights set on Ari, it’s only a matter of time before these two hook up…

Sharing the same manager has brought the couple closer throughout the years. But all hope was lost when Ariana fired Scooter Braun in February 2016. This meant Justin and Ariana would be working a lot less together. You know what they say, “out of sight, out of mind”. *Pulls sad face*

After Ariana stopped working with Justin’s manager, the Sorry singer threw shade at her by sharing the stage with her ex, Big Sean. According to a source, “Justin had the most amazing time performing with Big Sean and will without a doubt invite him back on stage during his Purpose tour. Justin will continue to surprise fans at his concerts with specials guests. However, Ariana Grande won’t be one of them,” OUCH!

An Ariana and Justin feud was the topic of conversation in early 2016. After parting ways with her and Justin’s manager, Ariana reportedly unfollowed Bieber on Twitter and Instagram. All faith was restored when the singer put the beef rumors to rest. She told Kiss FM “I think it was like a glitch or something, because I didn’t [unfollow him]…I mean, maybe he blocked me or something?” she joked. “No… There’s nothing to report. We haven’t spoken in months. He’s a great guy. He’s a great artist. We have a nice friendship. There’s nothing going on.”

It’s Not Too Late to Say Sorry

There was hope for an Ariana Grande and Justin Bieber relationship again in mid-2016 when Justin complimented Ariana’s music. “Bumping that new Ariana!! This song is dope as f***,” Justin captioned a pic of her latest single Be Alright. We love these shout-outs!

Ariana only invited her closest to join her for the One Love benefit concert in Manchester. Guess who was among the exciting lineup? Bieber, of course. Many waited for the two to come out on stage to perform a duet, but sadly, it never happened. At least we know that (maybe) Justin is on Ari’s speed-dial list. Whenever she needs him, he’ll come running – even if it’s for a concert across the globe…

It looks like Bieber gave Ariana’s hit, Thank U Next his seal of approval! Upon the release of her new track in November 2018, Justin tweeted Ari this kind message, dubbing the song “a bop”.

A Performance at Coachella

Everyone’s dreams came true when Justin and Ariana got together on stage once more. The dainty diva invited Biebs to perform with her during her Coachella 2019 set. Singing Sorry, Ari assisted Justin with her gorgeous vocals, driving the crowd wild.

While the whole world was down about quarantine and COVID-19, Justin and Ariana picked everyone right up with a surprise collaboration. The duo made Arianators’ and Beliebers’ dreams come true with a pop song called Stuck With U. The track was for good cause, too, because it raised money and awareness for frontline workers fighting the Coronavirus in hospitals. Check out the music video for the long-awaited collaboration below:

C’mon guys, hook up – you know it makes sense. We know he’s married and all, but it’s pretty obvious Justin’s got a crush on Ariana. Why can’t she just let him love her? It’s about time they made us Jarianators happy. Arianator and Belieber fandoms would have a collective meltdown!

For extra reading, check out these 21 facts about Ariana Grande that all Arianators should know… 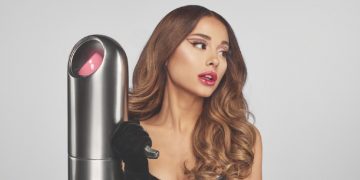 20+ Ariana Grande Gifts For the Arianator in Your Life 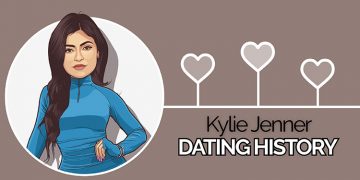