20 Related Celebrities That Will Surprise You 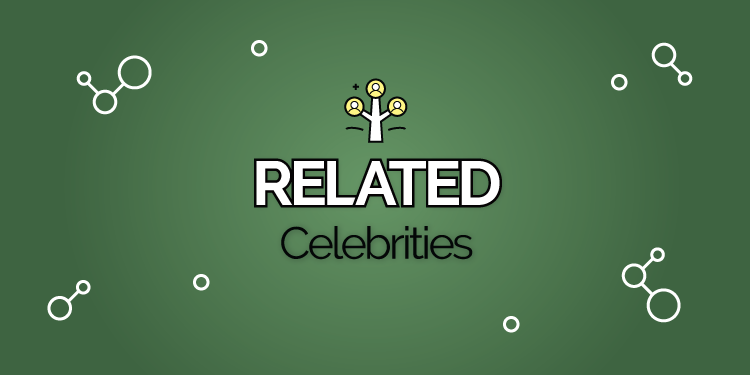 The celebrity world is always full of surprises! We’re not talking scandals or sex tapes! We’re talking relations and connections that prove Hollywood is more interconnected than you originally thought! Who knew Kate Middleton and Ellen DeGeneres were related? Or that Lily Allen has a brother in Game of Thrones?!

To find out who else is linked in Hollywood, scroll down for our list of 20 related celebrities!

Tom Cruise isn’t the only famous personality in his family. William Mapother is known for his dark movie roles, mostly earning the public’s recognition as Ethan Rom from the hit show Lost. He and Tom Cruise are first cousins, who not only share a family history, but movies, too. They worked together for famous blockbusters such as Vanilla Sky, Mission Impossible II and Magnolia. Fun fact? Tom Cruise’s full name is actually Thomas Cruise Mapother IV. Crazy, right?

It seems that one of the most beloved American hosts has royal blood in her veins besides a great sense of humor. The queen of daytime television is related to the princess! Ellen DeGeneres and Kate Middleton are 14th cousins according to an ancestral tracing company in Boston! They are related through Sir Thomas Fairfax and his wife, Agnes Gascoigne, who lived in England in the early 1500s.

Riley Keough is the daughter of Lisa Marie Presley, which ultimately makes her – Elvis’ granddaughter! Although she has never met the King of Rock & Roll himself, Riley seems to have taken his impressive talent to the big screen. While her first appearance to the great public was at a Dolce & Gabbana show, the modelling industry was not enough for her, so she entered the Hollywood stage. Playing side by side with Tom Hardy in Mad Max: Fury Road has brought Presley’s granddaughter to the attention of the whole world.

We bet you’re surprised about this celebrity duo! Indeed, Lily and Alfie Allen are brother and sister! Lily has conquered the music industry right from her debut, her first production selling over 2.6 million copies which brought her a nomination at Grammy Awards, Brit Awards, and MTV Video Music Awards. As for her brother, Alfie made an impressive worldwide impact with his performance in Game of Thrones as a member of the Greyjoy family with a terrible destiny.

Who would have guessed that legendary singer Lenny Kravitz is related to the American television personality, Al Rocker? Apparently, the two beloved stars are distant cousins (their grandfathers were cousins), even though they themselves barely knew it. Al’s thoughts on the connection? “All I know is I’m going with it. Kids think it’s cool.”

This sibling couple may come as a surprise. The two brothers live different lifestyles which makes it hard to see their names in the same sentence together. Charlie Sheen, the notorious celebrity known for drug and alcohol abuse, and Emilio Estevez, a recognizable actor from many 80s and 90s movies. Although these two Hollywood brothers didn’t talk for a while, their relationship seems to be on the mend now.

Two of the most beloved stars of the 60s, namely Shirley Maclaine and Warren Beatty are actually brother and sister. The secret was well kept by the celebrity siblings due to their estrangement that kept them apart for many years. Rumor has it that Beatty felt he was shadowed by Maclaine’s many accomplishments as a Hollywood star. She received three Oscar nominations by the age of 30, while the leading actor from Bonnie and Clyde didn’t enter into the possession of any recognition prize by that time.

Halle Berry’s performance in Cloud Atlas has just transcended into reality. She found out through unclear sources that she is surprisingly related to the American politician Sarah Palin. “You wanna know who I’m related to? Sarah Palin… in some twisted way. Somebody sent me this information that she was my distant [relative]”.

Check out these funny photos of celebrities when they were young!

The queen of country music shares a special bond with the queen of pop. Dolly Parton has been close friends with Miley Cyrus’ dad Billy Ray Cyrus for years and was chosen as Miley’s very own Godmother. We must say, we can see how Dolly has inspired her Goddaughter – they both have a love for outrageous outfits and country music!

Being hilarious isn’t the only thing these two funny women have in common – Jenny and Melissa are cousins! Jenny even helped her younger cousin land her first role as a guest-star on a short-lived sit-com, and since then her acting career has flourished!

Bet you didn’t know about these related celebs! These two fabulous girls are aunt and niece. Emma admits that her aunt has always been an inspiration and she even played a major factor in her decision to become an actress. I guess that means we have Julia Roberts to thank for Emma’s impeccable performances in shows like Scream Girls and American Horror Story.

These musical geniuses are first cousins! Snoop confirmed during an interview with MTV in 2006 that he’s related to Brandy and her brother Ray J – “We never really told the world because we weren’t trippin’ off of that, but that’s my family.” The family bond even transpired to music when Snoop and Brandy recorded a song called Special together in 2009.

Who knew that these Devil Wears Prada co-stars are actually linked behind the scenes? It’s true! Famous actor Stanley Tucci is Emily Blunt’s brother-in-law. He married Emily’s older sister Felicity Blunt, after meeting her at Emily’s wedding to actor John Krasinski in 2010.

You probably already know that Kate is the daughter of the legendary actress Goldie Hawn, but it had to be mentioned because they are a family pair to go down in history. Kate definitely inherited her mother’s talent and has gone on to live her own successful acting career, too.

These celeb relations run deep in Hollywood! A not-so-famous mother and daughter duo is Melanie Griffith and Fifty Shades star Dakota Johnson – a celebrity pair that’s just as talented as one another! Not only is Dakota’s mom a celebrity, but her grandma Tippi Hedren is also a legendary actress, too.

The Duchess of Cambridge seems to have an extensive list of celebrity family members and it turns out it also includes film director Guy Ritchie. According to a book released by the New England Historic Genealogical Society in Boston, Kate and Guy are sixth cousins.

These best buddies have shared a lot together since meeting at the age of eight and 10. After some time apart at college, Matt and Ben reunited to work together on a handful of movies including Good Will Hunting and School Ties. But it turns out the actors are actually related, too, being 10th cousins!

Although these two stars aren’t related to each other per se, we still had to include them here. The Game of Thrones king Jason Mamoa is the stepfather of Big Little Lies star Zoë Kravitz. Jason married Zoë’s mom Lisa Bonnet in 2017 after dating for 12 years and the pair share two children together – who are siblings to the famous actress.

If you couldn’t tell by their identical features, their sense of humor makes it pretty obvious that these two celebrities are related. Superbad actor Jonah Hill is the big brother of Booksmart’s star Beanie Feldstein. You definitely won’t be able to unsee it now.

These two celebrities are not only brothers, but they have both conquered the comedy world. Owen and Luke Wilson appeared in The Royal Tenenbaums and it’s clear that they loved working together. It’s no wonder the movie turned into a big success – you can totally sense that brotherly love!

The world, especially the Hollywood one is much smaller than you originally thought. It’s definitely beneficial to have another well-known famous face around you to be there to support and guide you when needed, and these celebs have just that!

What other related celebrities do you know about? Let us know what other famous people are connected in the comments below.

There are sections of this article that were written by Mike J.
This article was originally published in December 2016.
Tags
CelebritiesMiley Cyrus Miley Cyrus’ Pets – A Complete List of Her Animals The Most Shocking Crimes Committed by Celebrities 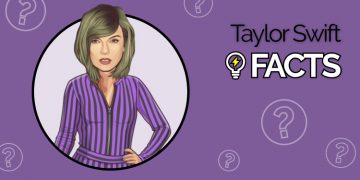