Kanye West and Taylor Swift: A Timeline of Their Feud 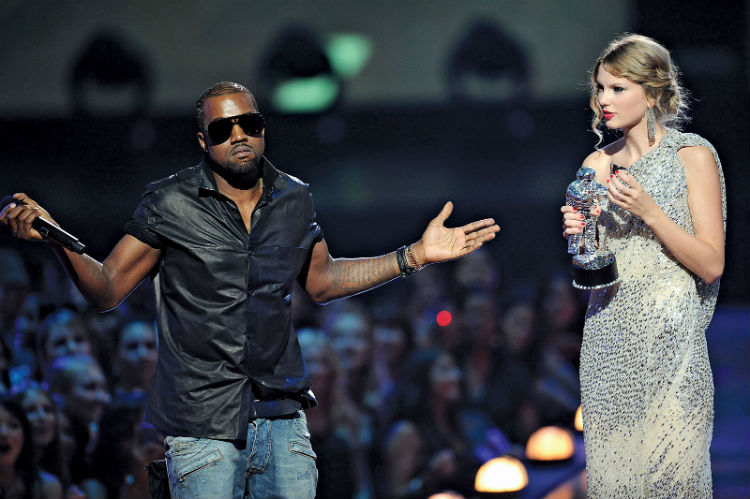 Kanye West and Taylor Swift haven’t been the best of friends in recent years. The two artists have been making headlines over their infamous fights for 7 years now, becoming known as one of the biggest celebrity feuds of all time. One minute they’re dining for dinner together, the next they’re at each other’s throats.

So where did the drama begin? And how has it ended? Check out this timeline of Kanye West and Taylor Swift’s feud…

Kanye Interrupts Taylor at the VMAs

As you can recall, Kanye and Taylor’s beef started way back in 2009 over a moon man. As Taylor accepted her MTV VMA for Best Female Video, Kanye stole the limelight by notoriously interrupting her speech.

From here on out, the infamous Kanye vs. Taylor feud commenced…

Damn, we cringe everytime we watch that…

Kanye wore his heart on his sleeve during an interview with Jay Leno soon after his VMA outburst by admitting “It’s actually someone’s emotions that I stepped on. It was very, it was rude, period. I’d like to be able to apologize to her in person.” He later cried when Leno asked him what his late mother would have thought of his actions…

On the Ellen Show, Kanye confessed that he even escaped the US for a while after acknowledging his shocking behavior.

Taylor Addresses the VMAs on The View

Taylor admitted that she was indeed “rattled” by what Kanye had done to her in front of a star-studded crowd that night but was open to receiving an apology from him. We’d say she was rather forgiving of the whole situation…

Little did she know that 7 years later, he’d be rattling her cage once more…

After the VMAs fiasco, Taylor told ABC Radio in 2009 that Kanye had finally apologized to her and that she had indeed forgiven The Life of Pablo rapper. “Kanye did call me and he was very sincere in his apology, and I accepted that apology,”

In 2010, the VMAs incident was still on Kanye’s mind. He made his apology public by firing off in a tweetstorm. He wrote “Sorry Taylor” and even told himself to “grow up”. At least Kanye’s ego deflated…for a while. One year after the VMAs debacle, Taylor debuted her single, Innocent at the 2010 VMAs, which many assumed was about Kanye. Let’s just say the lyrics are a far cry from the Famous ones Kanye revealed in 2016. Taylor’s were a lot more “innocent”: “It’s all right / Just wait and see / Your string of lights is still bright to me / Who you are is not where you’ve been / You’re still an innocent / … It’s okay / Life is a tough crowd / 32 and still growing up now,”

3 years down the line and it seemed the pair’s beef wasn’t taken too seriously anymore. Taylor made a joke about Kanye’s scandalous speech when she sent this as a gift to her dear friend, Ed Sheeran: Kanye and Taylor Are BFFs

The dust had settled in 2015. Kanye and Taylor’s beef was officially squashed as the two shook hands and hugged it out at the Grammy Awards. They even went to dinner together! Are we seeing right?

In August 2015, Taylor proved that she could forgive and forget when she presented Kanye with the Vanguard Award at the VMA awards.

In fact, Ye and Tay were so tight that he’d even sent her a bunch of flowers! Funny what a 6-year difference can make, right? Enemies can make the dearest friends!

But we shouldn’t speak too soon. This was the calm before the storm…

Just when we thought it was all over, the Kanye vs. Taylor war officially reignited in 2016 when Kanye slammed Taylor in a new diss track, Famous. “I feel like me and Taylor might still have sex, I made that bitch famous.” he raps.

Apparently, Taylor had warned Kanye against releasing a song with such a “misogynistic” lyric. Her publicist told Perez Hilton, “Kanye did not call for approval, but to ask Taylor to release his single Famous on her Twitter account. She declined and cautioned him about releasing a song with such a strong misogynistic message. Taylor was never made aware of the actual lyric, ‘I made that bitch famous.’”

Not one, but two of Taylor Swift’s clips have made it into the most popular music videos of all time!

Kanye wasn’t too pleased with the backlash that his song caused so he took to Twitter to defend himself, insisting that Taylor had given his controversial lyrics her “blessings”. He even made sure to add that the word “bitch” is apparently “an endearing term in hip hop”. Oh but wait, the saga of Taylor Swift and Kanye West isn’t over yet.

Did Taylor really give her “blessings”? It seemed otherwise at this year’s Grammy Awards…

Taylor waited for the right moment to criticize Kanye’s choice of notorious lyrics – at the Grammy Awards in front of a sympathizing audience. As Taylor accepted her award for Album of the Year she gave a powerful speech and talked about the importance of taking credit for your own accomplishments and success.

Just as we were waiting for Kanye’s comeback following Taylor’s Grammy speech, this recording goes ahead and hits the internet.

The leaked audio hears Kanye ranting and raving behind the scenes of SNL calling himself “50% more influential than any other human being,” and branding Taylor Swift a “fake ass”.

Taylor Is Exposed as a Liar, Defends Herself

Maybe Kanye had a right to call Taylor a “fake ass”. Remember when she denied ever approving Kanye’s Famous lyrics? Well, in July 2016, Kim Kardashian published a recording of a telephone call between Kanye and Taylor, where she was HEARD fully approving the lyrics in question. Here is part of that conversation:

Taylor Swift: Yeah. I mean, go with whatever line you think is better. It’s obviously very tongue-in-cheek either way. And I really appreciate you telling me about it, that’s really nice!

Kanye West: Yeah. I just felt I had a responsibility to you as a friend. I mean, thanks for being so cool about it.

After being exposed as a liar, Taylor took to Twitter to defend herself, insisting that she never knew Kanye would call her “that bitch” in his song. After dissecting her statement, however, we discovered that Taylor might indeed be a liar. It seems she was very much aware of all the lyrics in Kanye’s song.

Taylor Releases Album on the Death Anniversary of Kanye’s Mom

Fans were furious with Taylor when she announced that her sixth studio album, Reputation would be released on October 13th – the 10th anniversary of Kanye’s mom’s death. This may have simply been a coincidence but that hasn’t stopped everyone from blasting her. It looks like Taylor is no stranger to having feuds with countless celebrities. Nevertheless, we don’t know if you agree, but Kanye and Taylor have had one of the best beefs of all time!

Now, we have to ask, who’s team are you on? Kanye West’s or Taylor Swift’s? Comment below… 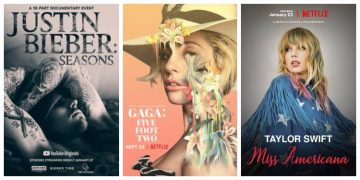 12+ Best Celebrity Documentaries you Must See 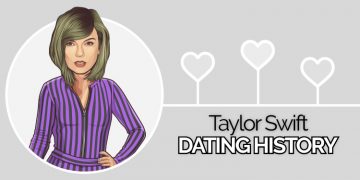 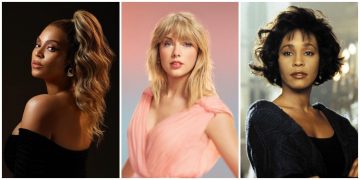 20+ Celebrities That Have Coronavirus