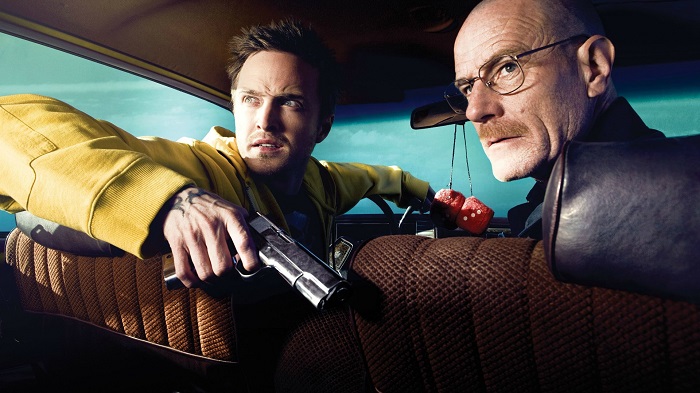 Breaking Bad has been one of the smartest series to ever grace our television screens. Along with incredible facts about the show, its brilliant story-line and iconic characters, the hit TV-series has several other elements that contribute to its awesomeness.

Just when you thought you were out, we pull you right back in. These hidden Easter Eggs and references in Breaking Bad will make you want to turn Netflix on and watch the entire show again! Check out these mind-blowing details that you may have missed during the series’ 5-year-run.

Let’s take it back to the first ever episode of Breaking Bad. Remember when Walter lost his trousers when making his first cook with Jesse? Whatever happened to that beige pair? Watch Ozymandias back and you’ll see them sprawled out on the desert sand while Walter buries his millions. 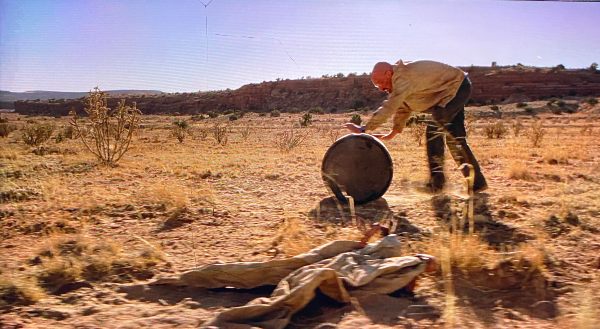 Remember at the end of season 2 when the Boeing 737 plane crashed? Well that was something we all should have seen coming. The 1st, 4th, 10th and 13th episodes of Season 2 all began with black and white teaser scenes, preparing us for the aftermath of the crash. Each of these episodes is in fact titled, Seven Thirty-Seven, Down, Over, ABQ. In other words, Boeing 737, down, over Albuquerque – where Breaking Bad is set. The plane crash at the end of season 2 is very much like the 1986 Cerritos mid-air collision. The name of the junior air traffic controller who was guiding the DC-9 prior to the crash was in fact named Walter White. That’s an eerie coincidence considering Walter was indirectly responsible for the crash on the show! In the final episode, the camera concentrates on a New Hampshire plate which is branded with the state’s motto – “Live Free or Die”. Not only is this the name of the season 5 premiere, it also relates to Walt’s and Jesse’s fate. Jesse “lives free” while Walt “dies”. Too cool! The name of the final episode – Felina had more meanings to it than expected. It’s not just an anagram of the word “finale”. It’s also the name of a woman in the song Walt listens to in the final episode. The song, “El Paso” is about a man who returns to the town where he is “wanted” to find the woman he loves. The woman so happens to be named, “Felina”.

That’s not all. If you separate the word “Felina” into Fe Li Na, you get the chemical symbols for Iron, Lithium, and Sodium. Basically meaning blood, meth, and tears. This scene is very reminiscent of an iconic moment in Quentin Tarantino’s film, Reservoir Dogs. Not only are Walt’s and Jesse’s positions the same as the characters in the 1992 movie but their names are too. Steve Buscemi’s name is Mr Pink in Reservoir Dogs and Harvey Keitel’s is Mr White. Do those names ring a bell? This isn’t just a photo of Walter staring at his reflection on a car. Look closer. His head is in fact strategically placed behind the bullet hole. We guess that was a warning of things to come. How did we not notice this?! Vince Gilligan really had a thing for color symbolism. Walter White’s clothes got darker throughout the seasons just like his character did. As you can see, he began wearing whites and yellows but towards the end, he wore blues and blacks to portray just how dark and sinister his character became. 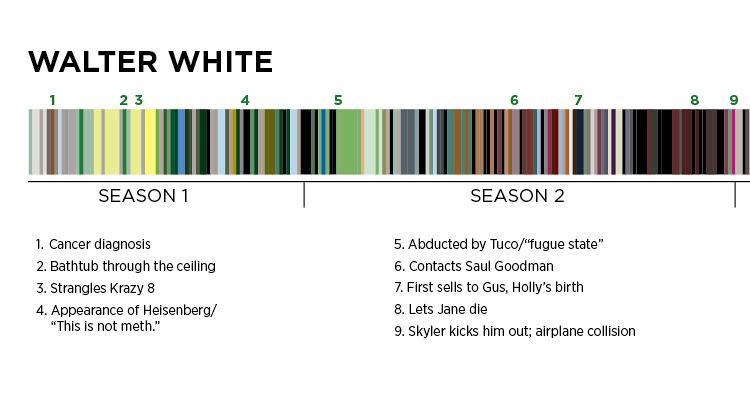 Take note of Walt’s actions more closely and you’ll notice that some of them are similar to the actions of those he hated most. After killing his enemies, it’s as if Walt would acquire their traits. For example, after killing Crazy 8, Walt is seen eating sandwiches without the crust whereas before this he would leave it on.

After killing Gus, Walt also took on his pre-vomiting ritual which involved putting a towel under his knees before throwing up. Maybe it shows that he had some sort of admiration for his enemies? Remember that awesome season 4 episode – Crawl Space when Walt laid at the bottom of his floor and laughed like a lunatic? If you read between the lines and think about what happened in the next season, you’ll realize that this scene represented the end of “Walter White”. Now let’s compare it to the ending scene of season 5. Walt is spread out across the floor with a subtle grin on his face, similar to that of Crawl Space. This scene represented the end of “Heisenberg”. You have to be eagle-eyed to notice this one! Breaking Bad creators like to secretly add the show’s logo into particular scenes. Take for example this hospital scene. We’re sure you recognize that floor pattern from somewhere! Well, this is also a pretty familiar wall design, too!

Vince Gilligan made sure to pick out the most suitable songs for the show. The most stand-out one was Baby Blue which played as Walter died. Think this was some cute little love song that was randomly picked out for the closing of the show? Wrong! The 1972 Badfinger track is used as an ode to blue meth – Walt’s creation and “baby”.

“Guess I got what I deserve
Kept you waiting there, too long my love
All that time, without a word
Didn’t know you’d think, that I’d forget, or I’d regret

The special love I have for you
My baby blue”

They couldn’t have picked a better song for such an awesome ending!

Maybe there’s a reason why there are only 62 episodes in the Breaking Bad series. Sure, we wish there were more but it seems it was the creators’ intention to only have 62 episodes. The 62nd element on the periodic table is Samarium, which is used to help treat lung cancer. Oh em gee!

Mind-blown, yet? Why not see things with your own eyes by watching Breaking Bad all over again? Doesn’t sound like a bad plan, hey?

Long live Heisenberg! Did you notice more hidden details in the show? Let us know in the comment box below…

Believe it or not, there are several Breaking Bad hidden Easter Eggs in The Walking Dead, too! There are so many secret references in the zombie-filled series, you’ll start thinking Walter White’s story is a prequel to The Walking Dead. Crazy, right?