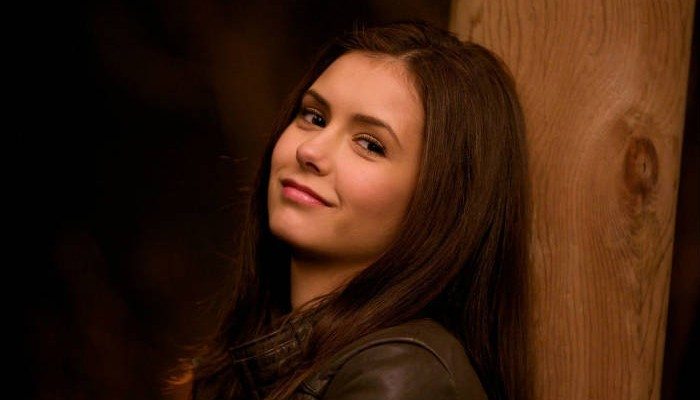 After six supernatural years, everyone’s favourite vampire magnet, Elena Gilbert, has made her dramatic exit from The Vampire Diaries. Throughout six seasons of the show, she’s lived the life of a human, a doppelganger and a vampire. She’s cried many tears and loved one too many vampires. In between being on team Stefan and team Damon, Elena Gilbert has experienced many trials and tribulations. We bid farewell to Elena Gilbert by listing her most memorable moments…

When She Found Out Stefan Was a Vampire

The ball started rolling when Elena finally discovered Stefan’s secret. This was the moment her life took a whole new turn. The innocent Gilbert girl went from having a regular teenage life to being caught up in a love triangle with two vampires. Life, ey? Little did she know how supernatural and complicated everything was to become.

When She Became a Vampire

Elena joined the supernatural side in season 4, making the series even more exciting. Her first few experiences as a blood-sucking vampire were as traumatic for us as they were for her. Although she was no Katherine Pierce, Elena was certainly a lot more bad-ass than her usual, damsel-in-distress self. A new adventurous Elena was born, bringing her closer to Damon and further away from Stefan…

When Jeremy died in season 4, all hope was lost for Elena. The actress, Nina Dobrev performed one of her best acts yet in this particular scene. We’re used to seeing Elena cry her heart out but when Jeremy was gone, her heartbreak was portrayed so genuinely, we couldn’t help but feel her pain. Elena’s lost many close ones in her life but losing Jeremy was undoubtedly the most difficult for her. Our hearts broke with her.

When She Burnt Down Her House

We never thought we’d see the day Elena burns her house down – especially with Jeremy inside it. Elena decided to burn her past and get rid of all the wonderful memories she made inside it, including her diary! This was a huge turning point for Elena, making her want to forget it all, by turning her humanity off. We definitely cried ourselves to sleep that night!

When She Turned Her Humanity Off

Damon turned Elena’s humanity off so she could no longer be burdened with grief. To be quite frank, we liked no-humanity-Elena. She had a free-spirit and she was much less dramatic and morbid. It was fun seeing her live on the wild side for a while.

When She Told Damon She Loved Him

After 4 long seasons of following a complicated love triangle, Elena fell dangerously in love and finally chose a Salvatore brother. Many fans rejoiced when she told Damon she loved him. The bad-boy got his dream girl and Elena finally discovered where her heart belonged. Delena’s epic love story grew stronger from there onwards…

We didn’t think we were able to cope when Damon died at the end of season 5, let alone Elena. She missed him so much that she purposely hallucinated his presence. Living life without Damon was unbearable for Elena and so she bravely decided to be compelled by Alaric. It took a lot of courage to lose all memory of Damon but thankfully their love story was saved when she grew back in love with him in season 6. Phew!

Goodbye Elena! We’ll miss you more than Damon will!

What was your favourite Elena Gilbert moment? Let us know in the comment box below…

Try Reading: 20 Facts About ‘The Vampire Diaries’ To Sink Your Teeth Into

Vampire Diaries Finale: Easter Eggs You Might Have Missed

25 Facts About ‘The Vampire Diaries’ to Sink Your Teeth Into