You know the ins and outs of Brittana’s relationship, you’ve seen Rachel Berry experience the ups and downs of following her dream and you’ve heard every high and low note of Kurt Hummel’s singing voice. But we bet you didn’t know that one of the cast members is deaf in one ear or that two of the cast members dated in real life – no we’re not talking about Lea and Cory!

Consider yourself a true Gleek? Think you know this famous TV show like the back of your hand? Think again. We dug deep and found some interesting facts about everyone’s’ favorite musical series and its cast.

Well, we can’t say these are the worst celebrity tattoos – they’re actually the sweetest. After Cory’s death, Lea got a tattoo of the words, “If you say so” on her rib cage – these were Cory’s last words to her. She also got his Glee name, “Finn” on her upper thigh and his quarterback number “5” inked on her, too.

Did you know that Chris Colfer, AKA Kurt auditioned to play the role of Artie? Obviously, the role went to Kevin McHale instead, but the crew were so impressed by Colfer’s talent, they decided to write up the character of Kurt especially for him!

Heather Morris has something even bigger to brag about than her time on Glee – the star was once the backup dancer for Beyonce! In fact, she’s the one who taught the Glee cast how to do the Single Ladies moves.

4. Chris Colfer Has a Secret Talent

Other than being crazily talented in acting and singing, Chris Colfer also practices the art of Sai. This is a traditional Okinawan weapon (sword) and he’s a pro at using it! We don’t want to get on the wrong side of this guy!

5. Jenna Ushkowitz was a Model

On top of having “actress” and “singer” on her shining resume, Jenna Ushkowitz has also been a model. In fact, she began her professional career as a model when she was just 3-years-old.

6. The Slushie Throwing was Very Real

Remember when the bullies would “slushie” our favorite characters? Well these iconic moments on the show were very real, and according to Lea Michele were “a whole disaster” – “It literally takes the air out [of you]. It’s so cold I have to, like, recover for days…” she said on the Late Night With Jimmy Fallon show.

This Glee trivia isn’t surprising at all, because we totally agree! Chord Overstreet thinks Amber Riley is the best singer he has ever heard in his life. If only their onscreen romance could come true, right?

Yes that’s right, Gleeks – Rachel Berry and Mr Schue have a past together! In Lea’s book, ‘Brunette Ambition’, the star revealed, “Matt had been a friend of mine for years, and in fact we’d actually dated back in the day for a Broadway beat.”

Kevin is such a great actor, that he almost landed himself a major Hollywood role. He was about to be cast as McLovin in the comedy movie, Superbad. Yeah, we can totally see the resemblance!

10. Dianna Agron Was the Last to Be Cast

According to IMDb, “Quinn Fabray was not cast until the night before filming began.” In fact, her entire character wasn’t created until the evening before!

Harry Shum Jr. told Backstage that he was Heather Morris’ teacher when she attended Hip Hop dance classes long before their days on Glee. No wonder they’re both awesome dancers!

12. Lea was in an Accident Before her Audition

Lea doesn’t let anything stand in her way. Before her Glee audition, the popular celeb admitted that she had a huge car accident in the Fox Studios’ parking lot. “When I get into the room for my audition, I literally was still pulling pieces of glass out of my hair,” Lea said.

Been waiting for a Glee movie ever since the show ended in 2015? Well, this very well could be in the pipeline as the original cast contracts stated that they would partake in THREE movies.

14. Dot-Marie Jones is an Arm-Wrestling Champion

Naya and Big Sean’s relationship was the talk of the town in 2013. They got engaged just 6 months after dating and split 6 months after that. This high-profile hook-up was so public, that Big Sean’s song, I Don’t Give a F**k With You was apparently about her!

Apparently, Jane Lynch is deaf in her right ear! The actress revealed to Craig Ferguson on The Late Late Show that she lost her hearing after having a high fever as a child.

At 17-years-old, Amber Riley auditioned for American Idol but she didn’t make the cut. Naya Rivera also went for the show before her Glee days, but was rejected. Too bad, girls – but at least they ended up on one of the biggest shows of all time!

While most of the Glee actors went MIA after the show ended, Amber Riley stayed in the limelight by doing big things. The actress won Dancing With the Stars in 2013 and was later cast as Effie White in the West End musical, Dreamgirls.

19. Lea Michele was a Broadway Star

No surprise here, but when Lea was 8-years-old, she landed a role in a Broadway production of Les Misérables. Rachel Berry would be proud – if only the character could have said the same.

20. Cory Monteith was a Regular Worker

Before acting, the late Cory Monteith worked as a Wal-Mart greeter, taxi driver, telemarketer and construction worker. We’ve all got to start somewhere, right?

21. Kevin McHale was in a Band

A fun Glee fact you certainly didn’t know until now! From 2006 to 2009, Kevin McHale was in a boy band called NLT (Not Like Them) and released songs including Karma and That Girl.

Another high-profile relationship among the Glee cast! Jenna Ushkowitz and The Vampire Diaries star, Michael Trevino dated for three years. They sadly broke up in 2014 and remained good friends after that.

Here’s a mind-blowing fact about Glee! Throughout the six seasons of the show, a total of 700 songs were performed by the cast. These were either covers or mashups of the most popular songs at the time.

During a eulogy at Cory Monteith’s memorial service, Ryan Murphy (the show’s creator) revealed how the show would have ended for Finn. “At the end of season six, Rachel was going to have become a big Broadway star, the role she was born to play. Finn was going to have become a teacher, settled down happily in Ohio, at peace with his choice and no longer feeling like a Lima loser…The very last line of dialogue was to be this: Rachel comes back to Ohio, fulfilled and yet not, and walks into Finn’s glee club. ‘What are you doing here?’ he would ask. ‘I’m home,’ she would reply. Fade out. The end,” he shared.

In 2013, Cory was found dead in his hotel room in Vancouver. His autopsy report stated that he accidentally died from “a mixed drug toxicity” consisting of heroin and alcohol. The actor has always had a rocky past battling alcohol and substance abuse, and attempted multiple stints in rehab to stay clean. Unfortunately in 2013, his struggles got the better of him. RIP Cory.

It came with incredibly heartbreaking news that Naya Rivera’s body was found in Lake Piru on July 13th after 5 days of missing. While the news itself was tragic and devastating, the day she was found also happens to be the 7-year death anniversary of Cory Monteith. Tell Tales firmly believes it was Cory who led Naya to finally be found on that day. She leaves behind her 4-year-old son, Josey Hollis Dorsey. Rest in Peace, Naya. We love you.

And that’s what you missed on Glee! What trivia from the show surprised you most? Let us know in the comments below!

If you’re a dedicated Glee fan, take a look at these awesome Glee gifts that will have you singing for joy.

This article was originally published in 2015.
Tags
Glee 12+ Glee Gifts That Will Have You Singing For Joy 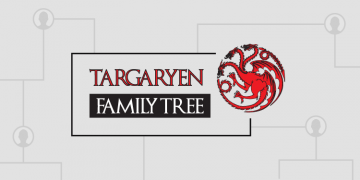 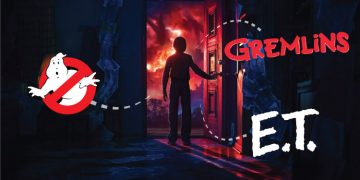